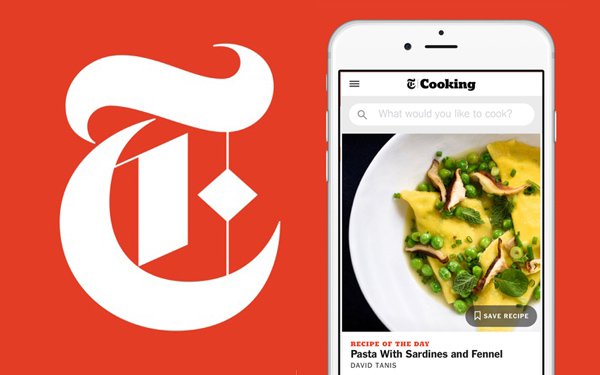 The New York Times subscription juggernaut continues. If the rest of the media industry could replicate this media-industry giant’s performance, it would go a long way to solving the business-model afflictions that plague legacy media, especially the print sector.

Not only did the Times add 455,000 new digital subscriptions in the third quarter, but it is now pioneering add-on subscriptions for immersive dives into games and recipes. Of that nearly half-million third-quarter subscribers, 135,000 of them were separate from the Times’ journalism. They came from specialty apps Games, Cooking and Wirecutter.

In fact, the company announced this week that the Cooking and Games apps have each reached 1 million subscribers. The apps are separate from the main subscription and cost about $1.25 per week, or around $40.00 per year.

Cooking launched in 2014 with 18,000 recipes. It introduced subscriptions in 2017 and now has a database of more than 21,000 recipes, including over 700 in 2021 alone. More than 12.5 million cooks have looked to Cooking for a recipe so far this year, the company stated. The most popular is Molly O’Neill’s Old Fashioned Beef Stew, a favorite since it was originally published in 1994, which has been viewed more than 5.6 million times year-to-date.

Games, which began with the original Daily Crossword puzzle, introduced the snackable Mini in 2014 and subsequently launched a number of popular games, including Spelling Bee, Tiles, Letter Boxed and Vertex. New York Times Games have been played more than 500 million times so far this year.

Of the Times’ nearly 8.4 million total subscriptions, 7.6 million of them are now digital, the company said in its third-quarter earnings report. And “outside of 2020, the third quarter was the best ever for digital subscriptions,” CEO Meredith Kopit Levien said in a statement last month.

In the same report, the company said it is on track to reach a stated goal of 10 million subscriptions by 2025. However, print subscriptions fell to 795,000 in the same quarter, down from 831,000 in the same three-month period last year. That decline, the Times said, is in keeping with trends affecting the news industry as a whole.

WaPo focuses on high-quality and high-volume journalism and investments in UX, while the Times is building out its à la carte subscriptions, including Games and Cooking and more recently, the shopping guide Wirecutter, which began offering subscriptions in September.

These are important milestones for TheNew York Times, but marketing add-on subscriptions has a risk: Audiences may resent what they perceive as a hefty subscription rate, only to have to pay more for games and recipes.