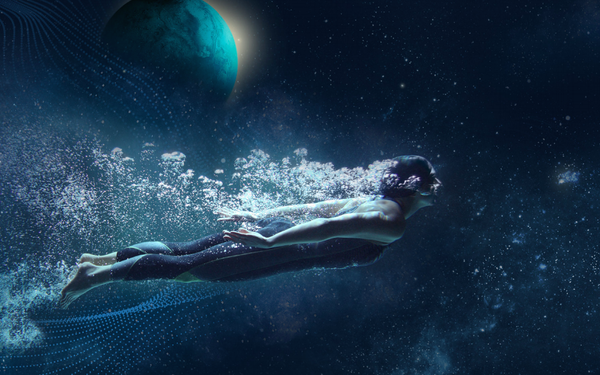 With their new report  "10 Hot Consumer Trends 2030," telecommunications company Ericsson wants consumers to picture their new lives in the metaverse and specifically, in what they call “The Everyspace Plaza” -- a one-stop-shop highlighting a slew of connectivity-enabled technologies such as a virtual tailor or a hybrid gym, to improve consumers' everyday lives.

The Everyspace Plaza isn’t a reality (yet), but a futuristic concoction of facilities and trends that a total of 7,115 virtual reality (VR)-using and non-using respondents from 14 major cities across the globe predict will be commonplace by the year 2030.

Ericsson tested the group’s reactions to 15 conceptual hybrid shopping-mall facilities that use digital technology to extend the physical consumer experience.

Seventy-nine percent thought all 15 facilities would be available in less than 10 years, while 85% reported wanting to use at least 10 of the models themselves, and 42% said they would like to see at least five of the models in their local mall.

Some of the connectivity-enabled technologies and facilities that respondents most expected to see by 2030 include:

The Meta Tailor surrounds the creation of personalized fashion for consumers andtheir virtual avatars. About 75% of consumers foresaw a mall-based tailor who uses 3D body scans to design digital fashion for personalized avatars. Over 76% of all respondents (and 68% of non-AR/VR users) said they expect AI-controlled AR/VR fitting booths where they can virtually try on clothes from wherever they are in real life (IRL).

The All-now Arena might not be very difficult to imagine for some current music fans, as artists like Travis Scott, Ariana Grande and, most recently, ABBA have embraced performing virtually for millions of viewers. In addition, a hologram/AR show featuring Whitney Houston just launched in Las Vegas.

Ericsson’s study showed that almost 80% of respondents believe that by 2030, event halls will be equipped with telepresence technology, allowing artists and sports teams from around the world to perform digitally as if they were there IRL.

In terms of other public spaces, 55% of respondents wanted to visit a museum that uses augmented reality (AR)/VR technology to recreate historic events for a fully immersive experience. However, a smaller percentage of respondents still thought this immersion might be too intense and would affect them negatively.

The Anyverse Pool takes the term "immersive" to another level. The report uses what might be the most titillating facility included in the study to provide a potential alternative to billionaires spending, well, billions, to experience the feeling of floating through space.

Sixty-six percent of respondents believed that by 2030, malls will feature actual swimming pools where consumers can use oxygenated VR headsets that allow them to feel like they are in zero gravity. Virtual experiences would be centered around moon-walking or deep-sea exploration.

The Nature + Park takes into account the potential localization and inability to travel as much due to humans’ attempts to reduce CO2 emissions and impact the effects of climate change.

This facility was the top-rated concept for personal use by respondents, with 42% wanting to visit one in their local shopping mall by 2030. This includes an interactive virtual zoo (with any animal, including those that are extinct) in which visitors can switch the scenery wherever they like. Sixty percent of respondents said there will likely be multisensory body suits that allow consumers to experience the elements.

The Medical Multiplex Center is something 77% of consumers thought would be included in malls by 2030, with drop-in AI health-scanning equipment that offers accurate health updates within minutes. However, the opinions between non-AR/VR users and AR/VR users in terms of who wanted to experience this floated around 50%.

Other predicted virtual facilities featured in the study included a gym with virtual scenery to aid mental health; a never-ending store; a salon that digitally enhances hairstyles; a recycling factory outlet shopping experience; and virtual restaurants where consumers can eat with friends around the world.

And based on the study, this would all be taking place in a physical mall, which due to the huge rise in eCommerce might be the most surprising prediction of all.

Yet 40% of respondents agreed that if shopping malls became high-tech, they would make their town more attractive to live in, while 32% thought they would make moving to rural areas more feasible.

With each day that passes, the metaverse seems to become more of a reality. Studies like Ericsson's provide a truly fantastic view of what trends and technologies companies are dreaming up.

While no experts acted as respondents in the study -- at least none that were reported -- it does help to look at what general moves Big Tech has been making toward a virtual world.

Facebook recently became Meta and just 6 days ago opened Horizon Worlds -- its virtual-world app -- to everyone.

Many other companies are following suit via the expansion of AR technologies in attempts to make the virtual and realistic world harder to separate.