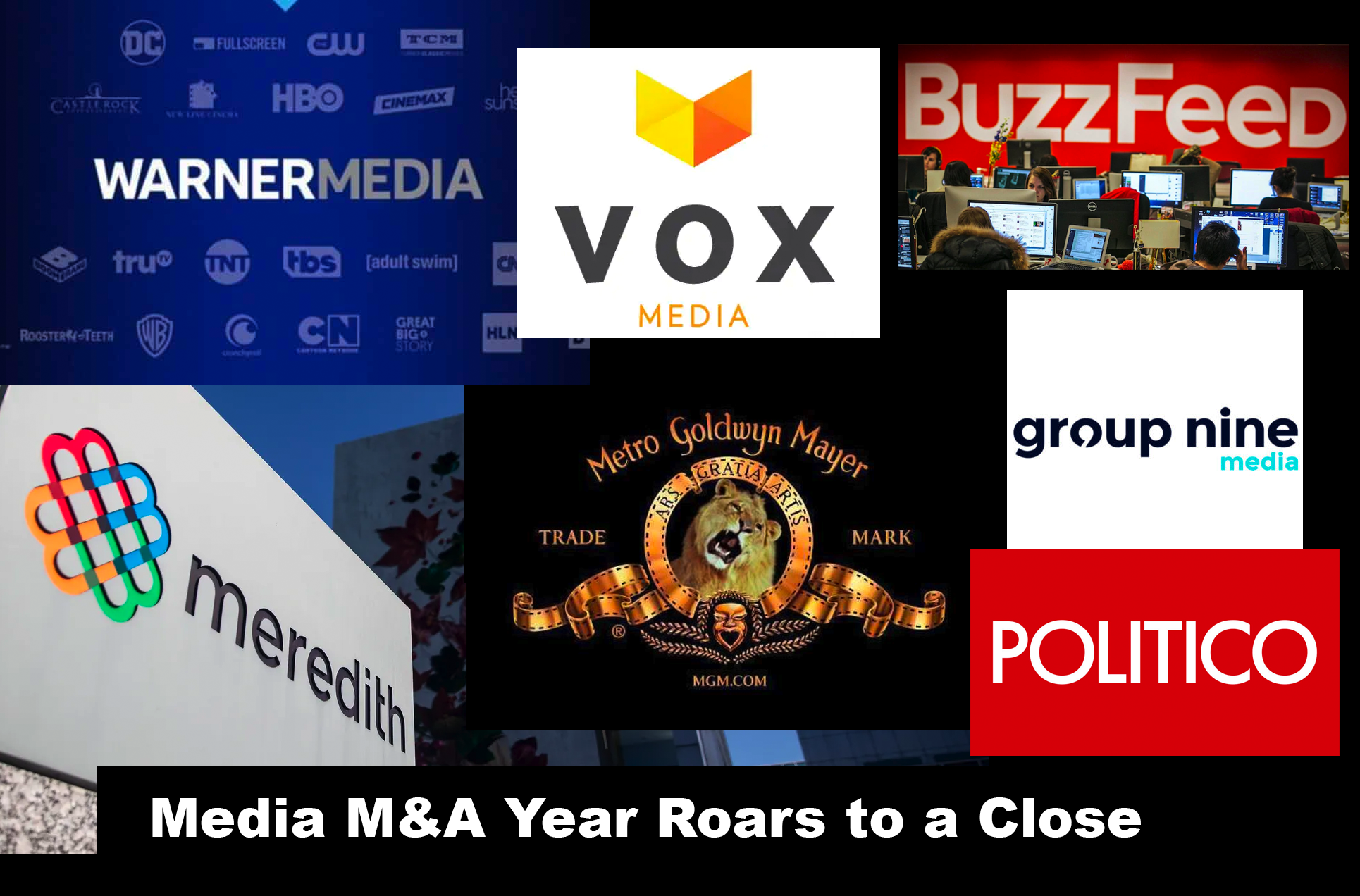 As the year comes to an end, M&A in the media sector continues at a fevered pace.

Consumers are hungry for on-demand content, and if there’s going to be a plateau in that demand, it doesn’t seem to be on the horizon.

With this as a driver, the scale of media M&A transactions has hit new highs: $253.2 billion dollars in the U.S. in the first three quarters of 2021. So-called megadeals over $5 billion hit a record, with seven megadeals recorded this year.

Warner Media and Discovery’s deal merged their entertainment and streaming businesses, coming in at $96.2 billion. The deal will create the second-largest media company by revenue after Disney.

Certainly, COVID drove rapid growth in streaming, as theaters shuttered, and consumers stayed home and in front of their internet-connected TVs. Amazon’s purchase of Hollywood studio MGM for $8.5 billion ramped up the battle between Amazon Video Direct and Netflix. Demand for online streaming continues to grow, from $50 billion in 2020 to $59 billion in 2021.

And international interest in streaming is strong as well. Softbank led a consortium to invest $1 billion in Televisa-Univision—a newly created company formed by merging Grupo Televisa and Univision.

Vox Media added Group Nine Media’s publishing properties, including Thrillist, NowThis, The Dodo, Seeker and POPSUGAR, to its portfolio of content. Vox Media will own 75% of the merged, Group Nine will own 25%. The combined company will have 2,000 employees and generate an estimated $700 million in revenue and $100 million in profit in 2022 -- but the real value may will be in first-party data, increasingly important as consumers take more control of their data, and Apple in particular limits how consumers are tracked on their mobile devices.

Publishers have been turning to M&A, looking to boost their valuation for further as IPOs and SPAC mergers continue to drive exits and transactions. BuzzFeed's IPO included its acquisition of Complex and the June acquisition of HuffPost. Dotdash acquired of Meredith for $2.7 billion. Axel Springer completed its $1 billion purchase of Politico. And Future PLC  acquired Dennis Publishing, Mozo and Marie Claire, CinemaBlend, and TI Media.

It comes down to a race with M&A driven by cash looking for properties in the high-growth industry of online media, with cash-rich tech players also looking to bulk up. PE giant Blackstone reportedly has a $2 billion war chest, after buying Yellow Sunshine from Reese Witherspoon for $900 million. Future big-ticket deals on the horizon certainly could include Apple, who’s so far remained on the media acquisition sidelines.

“Following a rebound in the second half of 2020, 2021 proved to be a strong year for M&A activity,” PwC noted, adding that 804 announced deals reflected a 27% increase over the 12-month previous year. The value of deals totaled $233 billion, said PwC’s Spiegel, a record.