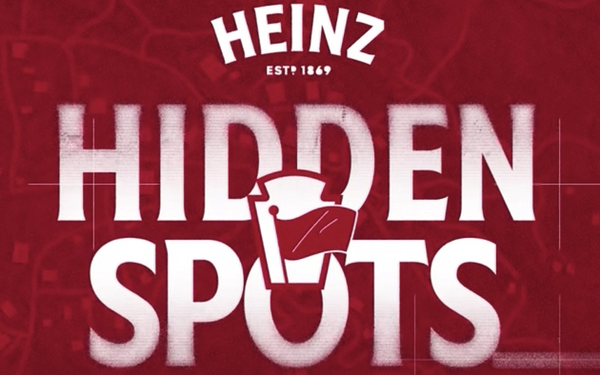 Heinz is partnering with video gaming company Activision to provide gamers with 11 “hidden spots” in the latest map within “Call of Duty: Warzone Pacific”where they can take a burger break without getting wiped out. More locations will follow.

Locating hidden spots is an increasingly popular activity with streaming gamers for a variety of reasons—including the need to visit the bathroom or kitchen IRL.

“We’re targeting our parent audience but in a new and relevant way,” Heinz brand director Ashleigh Gibson tells Marketing Daily. “In fact, 42% of adults ages 18+ on Twitch are parents, so we’re still speaking to that portion of Heinz fans.”

This video from the GUT São Paulo agency opens with a familiar warning to the gaming community: “Eating during an online match. A recipe for disaster.”

On social media, select gaming influencers will guide people to restaurants and the other hidden Heinz spots as they appear on the map.

According to Gibson, 80% of gamers eat and drink while playing “but it’s much harder to do this in multiplayer games like ‘Call of Duty,’where an ill-timed break can cost you the match.”

The Activision activation is Heinz’ way of debuting with the gaming audience “instead of just talking to them," and connecting with them “inside the game.”

It’s an extension of the brand’s “bringing the magic to everyday moments” mantra that recently included the transformation of Heinz ketchup into “Tomato Blood” for Halloween.