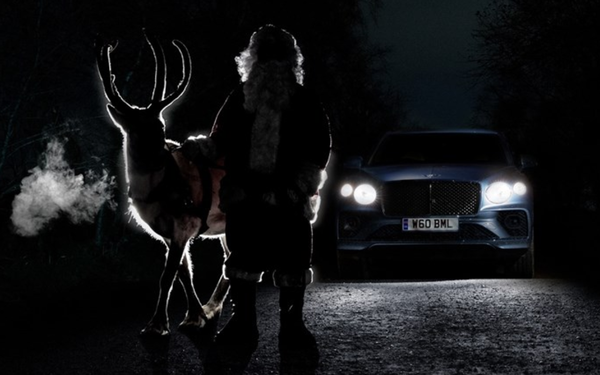 Drivers will ask for and learn to use advanced features when they see the applications and benefits.

That’s long been my mantra when it comes to semi-autonomous technology. Now, you can add night vision to the list.

Bentley cleverly explained how it works via a recent press release focusing on a “VIP customer at the North Pole” who needs help locating a missing prized reindeer.

“The customer in question is no stranger to Bentley, having been in touch 12 months ago to source a more luxurious alternative to out-of-date sleigh in the form of the Reindeer Eight, a customized Flying Spur V8,” per the release. “This year, the customer has been troubled by the absence of a vital member of his team, one tasked with plotting and navigating a global grand tour of exceptional scale (some 41 million miles in just one night) through the apparent power of a shiny red nose.”

The automaker is asking its customers with Advanced Deer Alert System to help partake in the search. The system is fitted to nearly two thirds of customer cars, according to Bentley.

After test driving a Cadillac with a similar system a few years ago, I can attest to its incredible usefulness. I was able to detect some of Michigan’s non-famous deer seconds before they darted in front of my vehicle, saving me from having a nasty accident.

While Michigan’s two million deer are most active in spring and fall, vehicle-deer crashes are a year-round problem. Each year, there are nearly 50,000 reported vehicle-deer crashes in Michigan. About 80% of these crashes occur on two-lane roads between dusk and dawn. The most serious crashes occur when motorists swerve to avoid a deer and hit another vehicle or a fixed object, or when their vehicle rolls over, per the Michigan State Police.

I’m sure Michigan isn’t the only state with this problem. I’d love to see this technology available on more vehicle models. Sadly, it’s still relatively rare and confined to luxury brands including Audi, BMW, Cadillac, Mercedes-Benz and Maybach, as well as the Bentley Bentayga.

“ADAS uses thermal imaging sensor to identify people, animals and elves,” per Bentley. “Night Vision system has sensitivity to detect shiny noses 140m in front of the vehicle in temperatures from -40 to +80°C.”

The Driver Instrument Panel displays sightings with color coding for proximity. The Night Vision system is supplemented by matrix headlamps with 110 LEDs, a third of them switchable to adjust the beam.

“If the Night Vision system detects that the vehicle is too close to a reindeer, or any other animal, the brake master cylinder is pre-filled in preparation for the driver to come to a quick stop,” per Bentley.

This feature helps reduce the total stopping distance, per the whimsical press release.

“The race is now on to find the shiny-tipped reindeer, with customers across the world called to action using the antlernet to save Christmas,” according to Bentley. “Left-hand drive and right-hand cars alike are joining the search, in a hunt that can only be described as bambidextrous. The lucky victor is sure to only win by a nose.”

While finding Rudolph before Christmas is certainly a worthy task, in all seriousness, this technology can save human lives all year round. If that doesn’t convince drivers of its usefulness, I don’t know what will.

The Bentley Communications team concluded the press release by wishing readers “a very Merry Christmas and a Happy Holiday season, and a relaxing and restful break.” MediaPost’s Marketing: Automotive joins in the sentiment.

“See you in 2022, when hopefully the time off will have improved the standard of our jokes,” per the automaker.