What The Microsoft/Xandr Deal Means For Search And Streaming, CTV 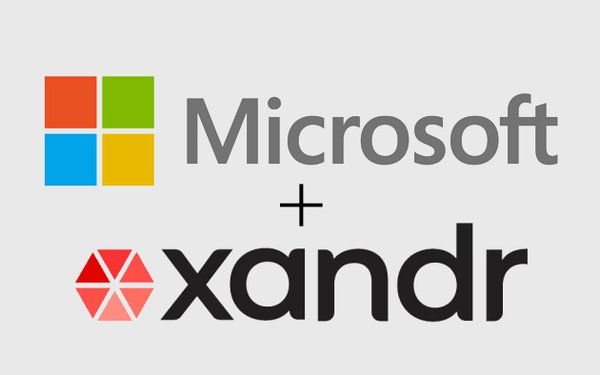 When Microsoft on Tuesday announced it would acquire Xandr from AT&T, the companies gave little insight into the nuances of the deal, such as how the technology would integrate into the Microsoft Advertising, and who would spearhead the added services across the advertising business.

While the details of the agreement remain unclear, van der Kooi shared a few insights into what advertisers can expect.

“The combination of Xandr's world-class advertising solutions augmented with Microsoft’s audience understanding and technology will enable greater opportunity to reach consumers on the open web with a full funnel offering, including a leading video and connected TV (CTV) solution, in a compliant and safe manner,” he wrote.

Sean Cullen, executive vice president of product at Fluent, believes Xandr will most likely be folded into Microsoft Advertising and its technology and capabilities added to Microsoft’s existing platform. He believes it will create a very unique offering that will benefit new and existing Xandr clients.

“Windows, LinkedIn, Xbox, Bing, and Office are massive platforms supporting a variety of consumers and industries,” Cullen said. “Layering capabilities and technologies on top of these assets will position Microsoft to be a leader in the post-cookie world.”

The combination of the upcoming deprecation of cookies and the explosion of growth in the connected TV space during the past two years shows there is a strong need to streamline the user experience, data, and return on investment to ensure advertisers can maximize opportunities, said Sara Luckow, senior director of strategic marketing and research at Channel Factory.

AT&T looked for a buyer for quite some time, according to a few executives. Seraj Bharwani, chief strategy officer at AcuityAds, said “Brian Lesser's departure from Xandr early this year was a clear sign AT&T wanted to drift away from its original media business ambition."

Microsoft is in a much better place to fully capitalize on the Xandr assets, Bharwani said, and the Appnexus engineering and technology team is positioned to further advance multiple media initiatives that can benefit from the newly acquired talent.

“Bing Search, LinkedIn, and Xbox are major media assets that Microsoft can supercharge with the Xandr acquisition,” Bharwani said.

When asked what types of brands will initially benefit from this acquisition, Matthew Papa, senior vice president of global partnerships at Captify, pointed to gaming brands and brands trying to reach the growing and emerging gamer audiences. “They will be able to tap into an extremely powerful esports/gaming dataset from Xbox that gets under the hood of understanding this group of consumers, which has proven to be difficult for advertisers,” he said.

Brands supporting businesses will benefit by having a unique ability to unify data from across Teams and LinkedIn, empowering them to understand the behaviors, needs and priorities of high value decision makers.

advertising, at&t, m&a, microsoft, programmatic, television
1 comment about "What The Microsoft/Xandr Deal Means For Search And Streaming, CTV".
Check to receive email when comments are posted.
Next story loading