Adding to its measurement problems over the last year, Nielsen now says there has been under-reporting of out-of-home viewers since September 2020. That's due to an “error,” but the company says the misstep has had “no impact to most telecasts,” except for some live sports events.

"As part of routine testing and quality controls, we recently identified an error that caused an understatement of reported out-of-home audiences for our national TV service,” says Nielsen in a statement provided to Television News Daily.

Nielsen did not disclose the magnitude of the undercounting, but stated there has been "no impact to most telecasts, and no impact to local television."

“We did find some variances for events that tend to yield larger out-of-home audiences, such as live sporting events. The error has been corrected and Nielsen will be reissuing data from September 2020 to the present in order to provide the industry with the most complete data," the company said.

In response, the VAB, the TV network advertising association, was irate -- especially considering that Nielsen admitted to a broader level of under-counting earlier this year at its national TV measurement service. The VAB initially disclosed the discrepancies in a series of press conferences starting in April.

This came as a result of widespread COVID-19 pandemic disruptions since March 2020, which limited access of Nielsen field engineers in its national panel of 40,000 TV homes to do regular maintenance.

“Today’s announcement by Nielsen of more systemic errors that have further under-counted TV ratings for the last 16 months is unfathomable, both for Nielsen and the buyers and sellers that use Nielsen data as trading currency,” says Sean Cunningham, president-CEO of VAB.

Cunningham adds that Nielsen's efforts to build a high-end cross-platform measurement service -- Nielsen One -- should be put in doubt.

“Given the unprecedented scale of Nielsen’s 2021 under-counting and the depths of discovered defects in their core competency on TV measurement, we are greatly concerned that Nielsen One is being built atop a broken and defective measurement and currency foundation.”

As a result of the under-counting during the pandemic period, the Media Rating Council -- the nonprofit organization that manages accreditation for media research and rating companies -- pulled accreditation of both Nielsen National TV and Local TV services.

In one observed month-long period -- February 2021 -- the MRC said changes to Nielsen's panel procedures showed that persons 18-49 were “understated” by about 2% to 6% in the Nielsen Total Usage of Television (TUT) metric. 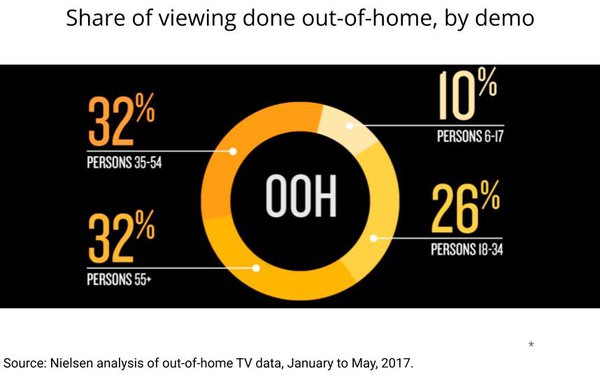