Twas The IPO Before Christmas

This column begins with you having a personal stake in it, literally.

Since I don’t have the right to grant you equity in anything published by MediaPost, I’m using today’s Christmas Eve post to gift you a share of a new blog launching today. It’s called B/log and all you need to do to register your share is subscribe to a newsletter I’m using to publish it.

Because of our editorial policies, I can’t link to it here, but I’m pretty easy to find on social media, and you find it there.

Much of what you’ll read will be similar to the personal commentary I publish on MediaPost. That’s because B/log is basically just an autobiographical log of the time I’ve spent covering the media industry, most of it working for the same guy – Ken Fadner – who gave me my first job as a college intern at Adweek and what likely will be my last job, Editor-in-Chief of MediaPost, as long as he’ll let me keep doing it.

Thank you, Ken. I don’t know how to repay you. You’ve given me the greatest opportunity any trade journalist could ever have – to have a front-row seat covering the greatest industrial revolution the world will ever know.

Most of what I’ve written about that revolution has been wonky, sometimes mind-numbing business news about the supply-and-demand of media and the comings-and-goings of media people who shape it.

Some of it, like “Red, White & Blog,” “RTBlog” and other “posts,” have been incredibly personal, and if this one is any example, self-indulgent.

I apologize for that, but I long ago gave up having any sense of boundary between my personal self and my MediaPost self, which is why I’m spinning off a personal blog for anyone who actually wants more of that.

And since this is the last “RW&B” I’ll be posting before Christmas, I’d like to draw on the role politics has played in shaping the way I cover – and think about – media.

From a trade reporter’s point-of-view, I’ve always viewed politics just like any other marketing category using media to influence people. Instead of “consumers,” that category calls them “voters,” “citizens,” “constituents,” or in some cases, “suckers.”

Instead of “brands,” it calls the things it markets “candidates,” “policies,” “issues,” or in some cases, “lies,” including the big one.

But as a trade reporter who has spent four decades covering the category, it’s just business.

As a human being who happens to understand the power and leverage of marketing and media science, I look at politics as one of the highest stakes categories using media to influence how we feel, think and what we do. Especially the consequences of that.

I’ve covered political media and marketing since Ronald Reagan’s reelection campaign and over the years have gotten to know some of the smartest consultants, ad gurus and spin doctors, but nothing had prepared me for the consequences of the past half dozen years, when hostile actors bent on destroying democracy weaponized our own media industry to do that. They still are.

And in my opinion, our institutions are moving far too slow to address it, because they’ve never had to deal with a media environment that can do so much damage so fast.

I used it to make the point that the internet, which was originally heralded to be the “democratization of media,” has become a medium for ending democracies.

Honestly, I’m not smart enough to know what the solution is, but I know that smart people had better start moving fast to solve it. A few of them are, including NewsGuard’s Steve Brill and Gordon Crovitz (MediaPost’s “Supplier of the Year”), and the big agency holding companies that are working with them to ensure that, at the very least, big brands don’t fund disinformation.

I’m not sure what else the ad industry can do, but I fear the hostile actors are winning, based on some of the incredible research we reported on this past year, especially the tracking studies conducted by Ipsos showing that it’s not just politics that is dividing us, but our underlying sense of reality.

The problem isn’t media, per se. It’s that many people don’t have the faculties do understand and vet their sources of media. And whether its ignorance, laziness, or because they just want some diversionary shits-and-giggles, they’re using media as a weapon of our own mass destruction.

On that happy note, I'd like to wish all our readers a Merry Christmas, and if after reading this, you still want your gift, you know where to find me. 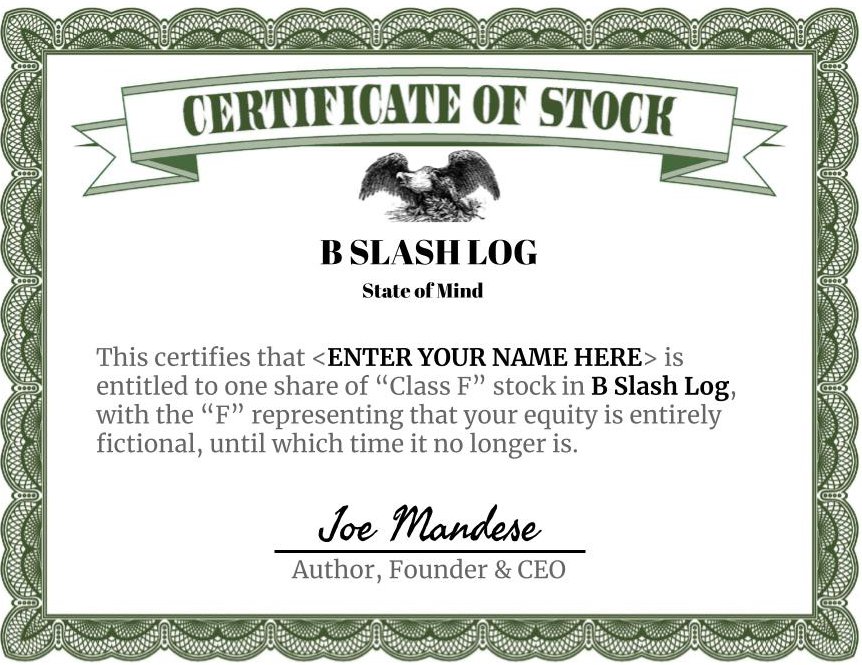