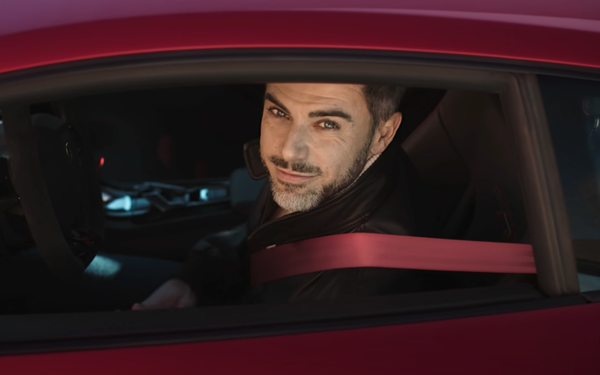 Lamborghini debuted a video surprise for its enthusiasts just in time for the holidays.

“It is a story about genuine bonds and the magic of surprises,” according to the Italian automaker. And it has a “totally unexpected ending, in true Lamborghini style.”

Creative shows a family gathering at a large country house, “complete with a majestic Christmas tree, and an atmosphere warmed by lights and decorations.”

A child and his parents, grandparents and “a very special uncle” are exchanging gifts. The child is delighted as he opens the gifts, which include a skateboard and guitar. But he appears perplexed at the gift from the uncle, a control of some sort.

A note with it instructs him to go to the window.

His father takes him to the second story window where down below on the circular driveway, a full-size Lamborghini is parked. As he begins to move the controls, the sports car moves back and forth, as if he is actually controlling it.

The vehicle starts taking mad laps around the driveway, finally finishing right back where it started. As the boy steps away from the window, the father exchanges looks with the vehicle’s driver, the uncle, who give him a “what did you expect me to do” kind of look.

The brand posted the spot, which runs a minute and 23 seconds, on its YouTube channel and other social media on Dec. 23.  In less than a week, the  video has already been viewed more than a million times on YouTube alone.

The automaker’s Christmas videos are an annual favorite among its social media followers.