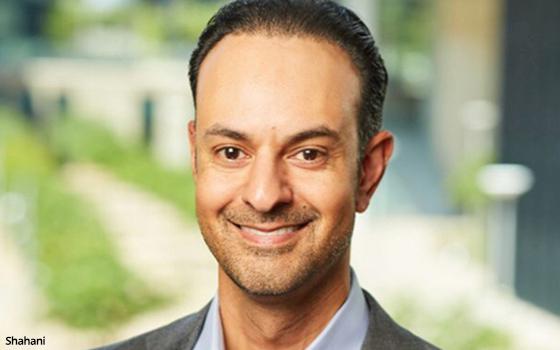 Like many kids growing up in the Detroit suburbs, Vinay Shahani was exposed to the auto industry at a very young age. He went to his first Detroit auto show when he was only four years old.

“There’s no question that the car culture I grew up with in Michigan was a big influence on me and led to my desire to work in the car business,” Shahani tells MediaPost. “Plus, my dad worked his entire career in automotive engineering. He definitely inspired me to chase my passion when it came time to choose a career path.”

After attending some 40 Detroit auto shows and working at several other automakers, Shahani is now the head of marketing for Toyota Motor North America’s Lexus luxury division.

“While my initial start in the auto industry was on the engineering/technical side of the business, over time my passion has grown for the commercial side, and in particular, marketing,” Shahani says. “I love to play a role in helping build that emotional connection between the Lexus brand and our guests, and seeing that passion firsthand at our events is really rewarding.”

Shahani took over as vice president, Lexus marketing in early 2021. He replaced Lisa Materazzo, who was selected to head Toyota division marketing, replacing Ed Laukes, who retired after more than 30 years with the automaker.

Laukes is the executive who hired Shahani at Toyota in 2017. Toyota was in the process of moving its headquarters from California to Texas and was realigning its executive team.

“We met at the temporary headquarters in Plano and we hit it off and so I decided to hire him,” Laukes says.

It turned out to be one of his best hiring decisions, he recalls.

“In most cases, I will tell you in the sales and marketing world, we kind of grow our own, and so that sometimes gives you a limited perspective on what is going on outside of the Toyota culture,” Laukes says. Shahani was able not only to offer a critical outsider's point of view, but also to validate the positive aspects of the Toyota way of doing things, he says.

“He’s got a lot of patience and people love working for him,” Laukes says. “I think that he’s a true student of marketing. He really not only stays focused on what’s happening within the Toyota and Lexus environment, but he also studies what the other manufacturers are doing and also what is going on outside of automotive that potentially is going to impact our industry.”

While working on the Toyota brand, Shahani brought insights that helped change the way social media marketing was handled.

“Social is growing so rapidly, but it’s still the wild, wild West,” Laukes says. “In Toyota and Lexus and HR and Toyota Financial Services and every other silo within the organization, in many cases, these folks wanted to do all their own social.”

Shahani helped streamline that to one group running social for the entire North American unit, resulting in an alignment of messaging, he says.

Now at Lexus, Shahani is responsible for leading all aspects of marketing for the brand in the United States, including strategy, advertising, product marketing, incentives, digital/social, websites, retail initiatives, sponsorships, engagement/event marketing and motorsports.

Previous to Toyota, he spent more than three and a half years as the CMO at Volkswagen of America and nearly 10 years in various marketing and sales positions at Nissan Motor Co.

Mark McNabb was one of Shahani’s former bosses and colleagues at both Nissan and Volkswagen. He says he was most impressed with Shahani’s skills in updating the way regional marketing was handled at Volkswagen.

“Vinay and team fixed a process that had been broken for years,” says McNabb, who is currently partner, Van Tuyl Companies and interim chief executive officer of Call Box. “Continual updates, creative input and broadening the digital platform for dealers were huge accomplishments for Vinay and his team.”

McNabb cites Shahani’s intellect, empathy, direction and ability to listen as the skills that helped him get through what was undeniably a trying period for the German automaker as it dealt with fallout from an emissions scandal.

“He is incredibly smart and he always actively listens to the different points of view,” McNabb says.

Christian Meunier, currently the chief executive officer of Jeep for Stellantis, called Shahani one of the best teammates he has had in his career. The two worked together for 18 months when Meunier was vice president of marketing for Nissan North America and Shahani, who was director of product marketing, reported to him.

“Vinay is the perfect ‘iron fist in a velvet glove’ person,” Meunier says. “He is extremely driven, strategic and operational and gets strong performance, pushing hard the right way, getting people to buy in.”

Personality wise, Shahani has an “on-the-spot attitude” and  “a commitment to finding solutions,” adds Meunier. Above all, he is empathetic.

“People recognize him as a very intelligent, strong executive, but with a very human and personable attitude,” Meunier says.

Aaron Walton, CEO of Walton Isaacson, Lexus’ multicultural AOR, says Shahani has a sense of partnership and purpose that has garnered him respect among agency partners.

“He’s incredibly passionate about the auto industry, he creates a ‘speak-up’ environment for all of his team members (internal staff and agency partners), and he understands the business and societal values of expanding brand outreach to diverse consumer groups,” Walton says.

Walton believes part of Shahani’s legacy will be reflected in how he has transformed the brand's positioning to connect with diverse, influential consumers.

“He was masterful at bringing all of the agency partners together with the internal Lexus team to chart the new strategic direction for the brand,” Walton says. “By inspiring bold thinking and leaning into culture, he has made a significant impact on the work.”

Shahani says ultimately his biggest challenge is striking a balance between work and life.

“It sounds clichéd, but it’s true,” he says. “My wife and I both have demanding careers, and each week represents a delicate balancing act between our job schedules, my business travel, our kids’ school and their numerous extracurricular activities, and staying physically fit. It is not easy, but I try my best to just be present and in the moment with my family when I’m home.”

The pandemic has been a good reminder about making sure to prioritize personal relationships and take care of one’s self, he says.

“I love my job,” he says. “I have a tremendously strong team here at Lexus, both within the marketing department as well as my peers and my boss.  We have the best chemistry of any team I’ve ever been part of.”

His current priority is to elevate the profile of the Lexus brand.

“We have a lot more we want to accomplish, and there’s just not enough time in the day to get it all done -- but we will,” he says. “I think we have the right north star for our Lexus brand positioning. Now we have to ensure that we roll it out cross-functionally and do everything we can to find innovative ways to bring it to life.”