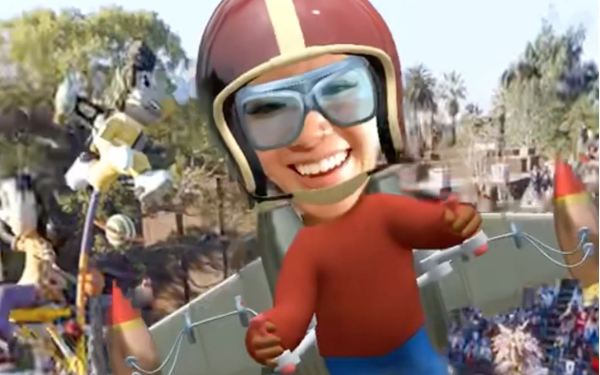 Honda will offer Rose Parade attendees and at-home viewers the opportunity to virtually fly over the parade route using a custom Snapchat filter.

As presenting sponsor of the Rose Parade® for the 12th consecutive year, Honda will inspire young people to follow their dreams with its "Believe and Achieve!" float.

With four Honda women associates aboard, the float will celebrate science, technology, engineering, arts and math (STEAM) education by depicting a young girl whose dreams have taken flight with a rocket pack she designed and built.

Drawing inspiration from the scene depicted on Honda’s float, the Snapchat filter will enable users to embrace their inner engineer as they don a virtual helmet and goggles, assemble a jet pack and fly over a portion of the parade route.

Honda will honor the four associates who are the float riders during the parade. They work at Honda locations in Michigan, South Carolina, California and Alabama where they focus on advanced vehicle safety research, vehicle manufacturing and product quality.