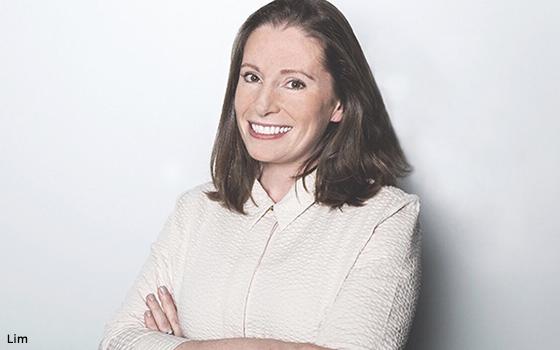 One of Tracy-Ann Lim’s many achievements as the chief media officer of JPMorgan Chase & Co. is the consolidated Media Center of Excellence (COE), a team that manages everything from strategy to execution globally across both paid and organic channels. This centralized way of working allows JPMC to holistically, cohesively steward the firm’s go-to-market investments and care for the safety of its brands and messages in market.

“Situated at the center, the COE acts as a bridge between a multitude of partners and functions,” Lim says. “What I’ve experienced recently is that media and its positioning at the center is and can continue to be a driving force for collaboration. By coming together cross-functionally, we can co-author how to transform the ways we work that best position us for the future.”

Lim adds that transformation doesn’t necessarily equate to doing more. Instead, it means refining the way the company uses resources and technology to reach people. One example is its #ShowMeYourWalk campaign.

After studying the social conversation among students at the time, JPMorgan Chase better understood that for the graduating class of 2020, COVID-19 was not only a national crisis, it also represented the loss of a defining milestone.

A collaborative, omni-channel campaign followed involving two virtual commencements — one for the class of 2020 at large and one that focused on graduates from Historically Black Colleges & Universities — across the top digital and social platforms.

Besides the virtual graduation, it offered students a financial education across social platforms. Wealth Management Advisors used TV and digital to let high net worth investors know their advisors were there for them, and working from home, too. Advancing Black Pathways — part of the Oprah Town Hall, “Where Do We Go from Here?” — showed a diverse audience how JPMorgan Chase supports the Black community and businesses.

Not only did the campaign drive historical engagement and positive sentiment for the firm, it also acted as a launchpad for future diversity initiatives.

Lim, who is responsible for paid media, social content and community management as well as SEO company-wide, is a game changer and rainmaker in a predominantly male industry vertical — although she’s doing her part to change that. At the start of the COVID-19 pandemic, she was the director of media for JPMorganChase and, within weeks, her emotional intelligence and business acumen were recognized, and she was elevated to chief media officer.

A native of Dublin, Ireland, Lim joined JPMorgan Chase in 2019, having worked in the media industry for almost 20 years. She has filled executive roles at media agencies in New York, Los Angeles and in her hometown.

In her most recent position prior to JPMorgan Chase, Lim helped Media Assembly win Agency of the Year in 2018 on the strength of her work on the E*Trade business, embedding a data-led model that proved the ROI of all media investments.

Coming out of agency life, Lim was drawn to the financial services industry as it is both a necessary, evergreen category as well as high-tempo and highly competitive. She is a supporter and cultivator of brand safety, innovation, and audience-centric planning, and remains committed to developing a team that represents the diverse customers and clients that the company serves.

Lim has always been an advocate of emerging talent and as such has always  sought ways to build support systems and add value. “Within my team, I’ve made it known that hiring and developing diverse talent, and then fostering safe spaces for those diverse voices to be heard is a nonnegotiable,” Lim says.

Her involvement ranges from annual speaking engagements with college students on the power of consumer behavior in media to participating in the MMA Global, North America Board, where she works alongside other Fortune 500 leaders on subjects such as performance marketing research, cognitive neuroscience and data privacy in today’s marketing environment.