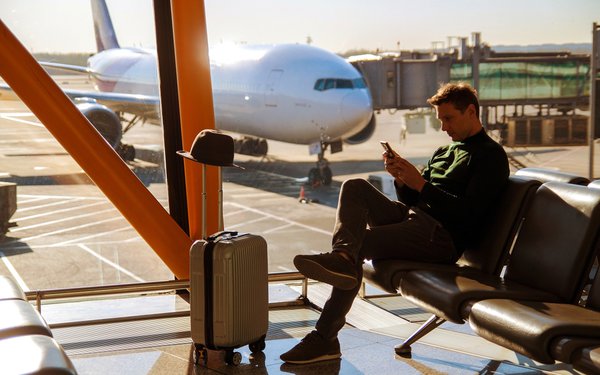 Plans by Verizon and AT&T to roll out 5G service near airports in major cities could result in the cancellation of thousands of flights, the airline industry told the Federal Communications Commission on Thursday.

The industry group Airlines for America -- which represents Delta, United, UPS, FedEx and others in the aviation industry -- makes the claim in an emergency petition asking the FCC to stay a decision allowing airwaves in the “C-band” of spectrum to be used for 5G service near airports in dozens of cities.

“Failure to pause the initiation of 5G service near or at the airports ... will cause immediate and irreparable harm to the nation’s aviation system because of the need to redirect or cancel flights, as well as cause significant disruptions and unexpected costs to the traveling public and all consumers as a result of further disruption and delay in the U.S. and global supply chains as a result of canceled, delayed or rerouted flight,” the airline industry writes.

Absent a stay, or court intervention, the telecoms can begin using the C-band for 5G on January 5.

The airlines contend that telecoms' use of that spectrum near airports could interfere with altimeters -- which determine altitude based on radio waves. The emergency petition comes several weeks after the Federal Aviation Agency warned that the planned 5G service could potentially affect altimeters.

“This interference will cause irreparable harm and jeopardize the function of critical aircraft safety systems, which in turn threatens to divert or cancel thousands of flights every day,” the airline group writes.

The airline industry also contends that a stay will only affect Verizon and AT&T to a limited extent.

“AT&T and Verizon will incur costs by the stay, but certainly not as much as the airline industry if it must reroute or cancel the thousands of flights,” the organization adds. “Any adverse impact will entail some delay in implementation of the new service, but will not impact ongoing operations. More importantly, members of the public are not likely to be affected at all by such delay.”