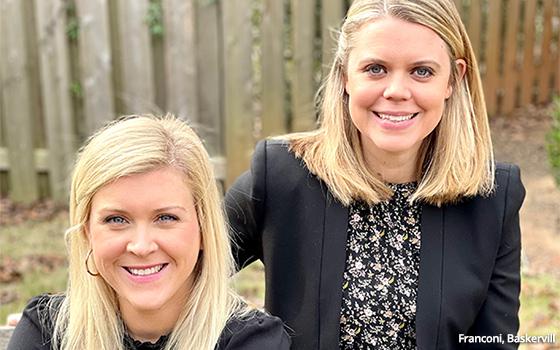 Atlanta-based content and production studio Trade School has promoted Genna Franconi to president. Succeeding her in the managing director slot is the newly hired Sallie Baskervill who joins from the Atlanta office of WPP’s AKQA.

Franconi spearheaded the launch of Trade School in early 2020 as a separate content agency and subsidiary of Guided By Good, which is also the parent company of ad agency 22Squared and other ad-marketing firms.

Franconi was executive account director at 22Squared before shifting to develop and launch Trade School. Since launch the unit has tripled its billings and head count, which now stands at more than 120 employees. Clients include The Home Depot, FedEx, SharkNinja and Midea.

“Genna has been the driving force in building and growing Trade School within the GBG portfolio and promoting her to president will accelerate its growth path,” said GBG Chair and CEO Richard Ward.

Baskervill was with AKQA for nearly nine years where she oversaw blue-chip client relationships including Delta, Coca-Cola, Virgin Atlantic and BMW. Baskervill will report to Franconi and focus on operational scale and organic growth across Trade School’s client portfolio.

The agency said the moves further bolster Trade School’s leadership team following the recent hires of Ashely Kincade and Matt Silliman to leadership roles, as well as the promotion of Sarah Anderson to executive director.