Galentine's Day Is A Thing -- But Is It A BIG Thing? 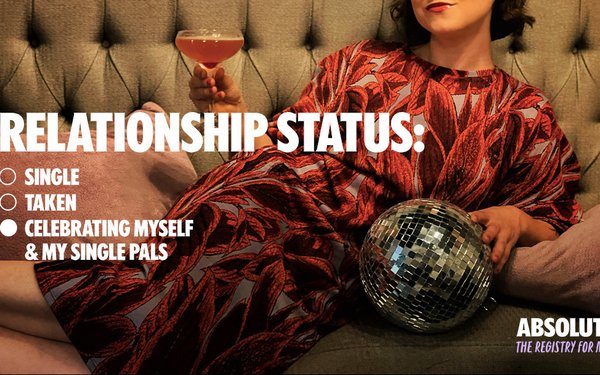 You’d think the next major promotional event after the Super Bowl would be Valentine’s Day. But perhaps it's Galentine’s Day?

But I’ve hardly been the target audience for this Feb. 13 holiday of celebrating female friendships, which originated, Festivus style, on a TV sitcom -- namely, a 2010 episode of “Parks & Recreation.”

But, wrote GH senior editor Lizz Schumer, “probably the biggest argument against Galentine's Day is that it's exclusionary…And to that, we say to heck with the idea that Galentine's is just for ladies.”

Pernod Ricard’s Absolut vodka would seem to agree with that sentiment. Expanding the holiday’s purview to also include males, the brand has just teamed with gifting app Elfster to create The Registry for Me, designed to give “single gals and guys time in the spotlight with a wish list of their very own.”

Most brands will likely keep to the holiday’s “traditional” target audience, however. Case in point: Club Wyndham, which announced a girl’s weekend package at six of its resort locations. Amenities for this vacation, which must take place between Galentine’s Day and May 26, include in-room facials, a heart-shaped waffle maker (waffles were a big part of that original “Parks & Rec” episode), a gift card “to purchase junk food,” and two bottles of wine.

That kind of promotion would be fine with Megan Garber, staff writer at The Atlantic, who in 2017 wrote a definitive piece on the burgeoning holiday. After going through examples of various Galentine’s Day products available at Target and other retailers, Garber concluded that the holiday’s popularity stemmed from its insistence “that women are awesome, and that a good way of acknowledging that might be to meet up with one’s fellow women and remind them of that fact. And if the reminding includes finding oneself on the receiving end of a wine-dispensing tote bag…all the better, ladyfriend.”