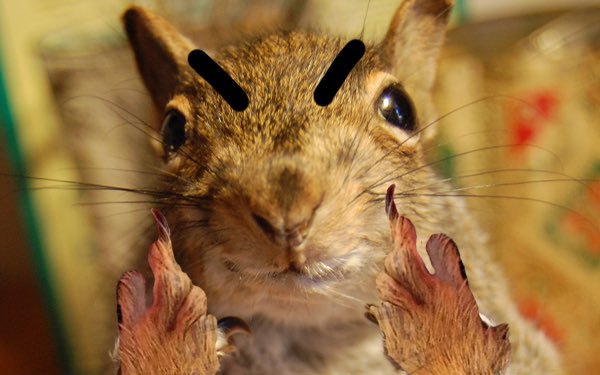 Dogs and squirrels have been mortal enemies forever, but this year, BarkBox is fighting back, rallying the troops with a brand-new uniform.

In the run-up to National Squirrel Appreciation Day (Jan. 21), BarkBox offered dogs the chance to join A.S.S., or the new Anti-Squirrel Squirrel Club. Subscribers can buy a limited-edition A.S.S. Club sweatshirts for dogs, and they're free to those signing up for a new subscription. And no money -- not a dime -- was dedicated to squirrel-related nonprofits.

Naturally, this ignited the fury of the squirrels, which is the point.

For four years now, “the humans at Bark do something to tick off the squirrels right before Squirrel Appreciation Day,” says Stacie Grissom, director of content and communications. “Then we pretend the squirrels have hacked our social-media channels, and are then rude to anyone who they interact with."

Mostly, they crudely insult dogs and Bark employees, and make way too many jokes about nuts.

The jokes keep working because to most dog owners, squirrels are simply hostile anarchists who don't want to be friends. Last year, the squirrel takeover led to an uptick of 7.7 million impressions in its social channels.

Grissom says the effort is just one more example of how BarkBox tries to use its own style of humor to bolster the brand. "One of the principles here is that we do stuff just because it's funny," she says. “There's just a lot of freedom to try to make people laugh. Brands don't have to be so buttoned up all the time, especially if you're a brand dedicated to delighting dogs."

While many D2C brands cultivate that kind of cheeky humor, she says BarkBox has the advantage of more than a decade of connecting with customers in a consistently irreverent way. Its best-selling toys, for example, are marijuana-themed.

It helps that the brand launched in 2011, at a time when the category was still dominated by "ads of perfect-looking Golden Retrievers," she says.

Grissom's dog, on the other hand, "is gross and chaotic and hilarious. She runs into stuff. She chases squirrels. She has a nuanced personality. And so from the beginning, as a brand, we've pushed that silliness­ -- a little gross, a little outrageous. That reflects the customers we serve."