Streaming's Achilles Heel: People Who Sign Up For One Show, Then Bail 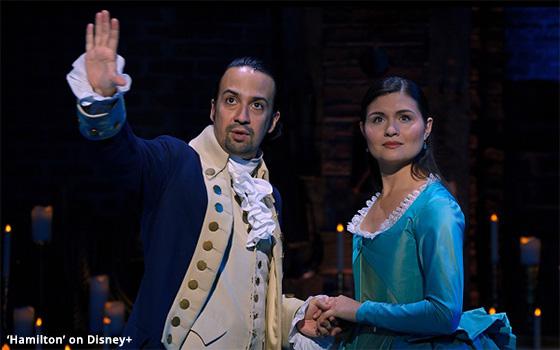 New research about the habits of streaming subscribers finds that many of them sign up only for a brief time and then cancel their subscriptions.

They typically do this because they have likely heard of a movie or new series that they are interested in watching.

Then, when they finish watching this content, many of them then unsubscribe, according to research performed by Antenna, a firm that studies subscriber behavior.

The study’s findings were reported Tuesday in The Wall Street Journal. The story got prominent play in the center of Page One above the fold.

According to the story, some of the most sought-after forms of streaming content are movies. Some are so highly anticipated that many new subscribers sign up “within three days” of the release of movies on the streaming services.

Without providing hard numbers, Antenna’s study said about half of U.S. subscribers who signed up in that three-day window for at least two high-profile movies released last year -- “Hamilton” on Disney+ (pictured above) and “Greyhound” on Apple TV+ (starring Tom Hanks) -- unsubscribed within six months.

The WSJ story noted that all streaming services regularly see some portion of their subscriber base unsubscribing each month.

And new subscribers who stick around after subscribing for that one show or movie outnumber the ones who cancel, the story acknowledged.

“Even if streaming services retain only half of the users they sign up during big bursts, that still translates into sizable numbers of longer-term subscribers,” the story said.

If that is the case, then what are the ramifications for the streaming services if half its short-term subscribers bail on them after a short time and the other half become long-term subscribers?

It should go without saying, but as the WSJ story pointed out, today’s subscription streaming services are not in business to lose subscribers, even if they gain more than they lose.

In addition, the competition for subscribers and their money is more intense than ever today now that all of the majors are now in the streaming business in competition with the service that is still considered the streaming leader, Netflix.

What this competition means is that the streaming services are locked in a perpetual process of developing and producing new content to lure new subscribers and keep them. They also spend heavily on buying the rights to old movies and TV shows.

The WSJ story suggests that short-term subscribership is sufficient enough to depress or slow the growth in subscribers that the streamers need to finance their never-ending quest for content.

Last year, Netflix was on track to spend $13.6 billion on content, according to a Variety story published last September. A Kagan report cited by Variety estimated that Netflix’s annual content spend could reach $18.9 billion by 2025.

One of the issues the streaming services face is that it is very easy, in most cases, to cancel a streaming subscription. This is well-known to those of us who have done it.

Moreover, streaming subscriptions work on a month-by-month basis, which means subscribers have the option of canceling every month.

The solution to this might be to require subscribers to stay for a minimum of more months -- say, six or even 12.

The problem is that this might not fly with subscribers. Expect the interim, short-term streaming subscribers to continue to opt in and then out whenever they feel like it.