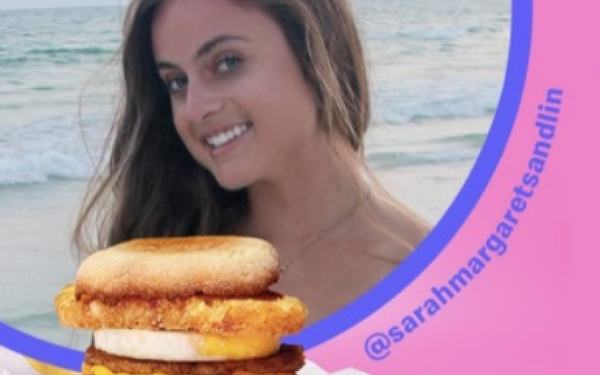 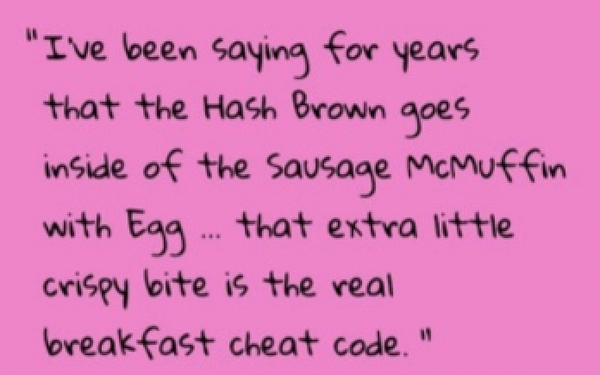 For the first time in its history, some McDonald’s restaurants will allow customers to “hack” the chain’s menu in a promotion that lets them create four mashups of several core menu items.

The limited-time Menu Hacks initiative will kick off on Jan. 31 supported by a national television advertising campaign.

Unlike other chains whose employees assemble menu hacks—also known as secret menu items—McDonald’s diners will order the four specials by name via its smartphone app and then combine the individual food items themselves.

The Menu Hacks were inspired by McDonald’s fans on TikTok (see accompanying image).

While McDonald’s says self-assembly is “half the fun,” it also reduces operating complexity at a time when staffing remains under pressure during the pandemic.

The chain did not say how many of its approximately 13,500 restaurants will offer the Menu Hacks or how long the promotion will last. Marketing Daily reached out to the company for clarification but had not heard back by deadline.

Menu Hacks come as McDonald’s is doubling down on core menu items while testing the plant-based McPlant burger in a partnership with Beyond Meat.

In a Q4 conference call today, president and CEO Chris Kempczinski was asked about the chain’s approach to new menu offerings and promotions.

“I think our focus needs to be on continuing to drive our global core because those are our most powerful equities. An interesting thing that we’ve learned through the pandemic and just the latest on consumer sentiment, the vast majority of consumers—call it 80% or so in our top markets—are saying they are still looking to buy products that they are familiar with.”

Kempczinski added that what he “loves” about the Menu Hacks is creating something new “without adding complexity into the restaurants.”

Earlier this month, McDonald’s confirmed that on Feb. 14 it will extend its eight-location test of the McPlant burger to about 600 restaurants in the San Francisco Bay Area and Dallas Fort Worth for a limited time.

McDonald’s executives did not mention the McPlant burger during today’s call, nor were they asked about it by any of the financial analysts who participated.

In the year ended Dec. 31, U.S. comparable-store sales increased 13.8%—the highest the chain has ever recorded.