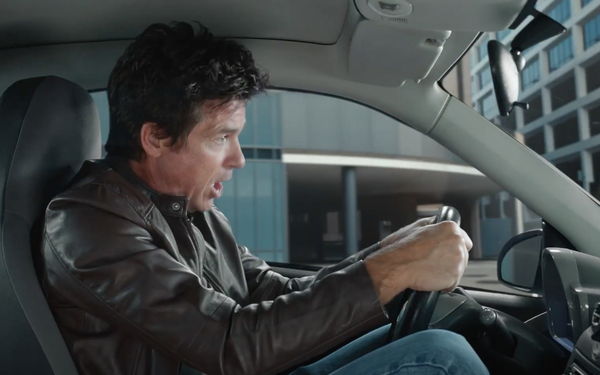 Hyundai Motor America is taking a pass on a Super Bowl spot this year, but its new campaign for the Ioniq 5 has a similar feel to Big Game creative.

It might be because Hyundai Motor America CMO Angela Zepeda asked AOR Innocean USA to come up with “Super Bowl-worthy” creative for the automaker’s new all-electric vehicle.

So the company brought back Jason Bateman, who first appeared in the highly lauded “Elevator” for the automaker during a Super Bowl spot in 2019. He was also featured in the Tucson campaign last May. While this effort is big, the Tucson effort remains Hyundai’s largest campaign ever.

“With so many launches this year, we didn’t want to exhaust our marketing resources on a single engagement event or around a single launch,” Zepeda tells Marketing Daily. “This campaign is more on par with a normal launch campaign.”

Even without the Super Bowl, the campaign will have high visibility, breaking during NFL conference championship games.

“We wanted to put a lot of emphasis behind this campaign,” Zepeda says. “It’s not just about selling Ioniq 5, but it is the halo for the brand. We think this is a way for people to view Hyundai not as a fast follower, but really as a leader.”

In the 60-second hero spot, “History of Evolution,” Bateman is shown in different historical eras explaining how initial inventions got better over time.

Creative shows how the Ioniq 5 represents the advancement of the electric vehicle, comparing it to the evolution of human language, navigation, phones and televisions. The spot even take a poke at early (and tiny) electric vehicles, showing a hunched-over Bateman trying to drive one.

The spots end with the voiceover, which is also the theme of the campaign: “Your journey at its most evolved.”