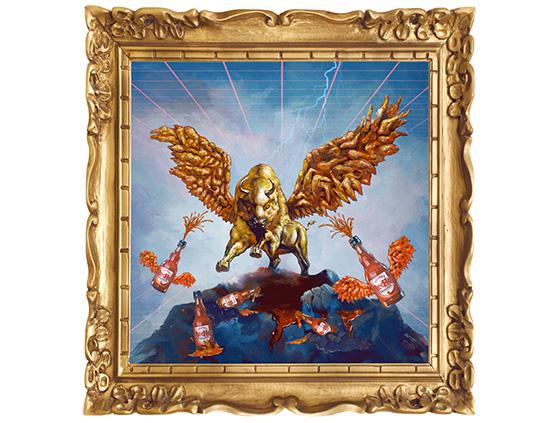 To tie in with the Super Bowl, Frank’s RedHot has released its first-ever “edible NFT” and spoof currency “Bonecoin” to celebrate buffalo wings. The hot sauce marketer worked with Grey on the project.

From now until Feb. 13, the day of the Super Bowl, fans can scan images of their chicken wing bones to earn Bonecoin at Bonecoin.com (mobile only). Fans who accrue the most Bonecoin will win the Frank’s RedHot NFT and its edible replica, the eNFT.

Actor and comedian Eric André – a buffalo chicken wing and hot sauce aficionado – is also joining in to get fans eating wings drenched with Frank’s and mining for Bonecoin on social media.

“Frank’s RedHotkeeps a pulse on the latest trends, and we are particularly excited about giving fans the opportunity to tap into the NFT space in a saucy and interactive way,” said Alia Kemet, vice president of creative & digital, McCormick, owner of the Frank’s RedHot brand.

Frank’s has run similar stunts in the past. Last year, to celebrate the 17-year emergence of cicadas, the brand introduced an online cookbook to prepare the bugs, including Air-Fried Buffalo Cicada “Wings,” Buffalo Bug Dip and a Spicy Cicada Mary.

In February 2019, the brand launched #FranksSweepstakes on Twitter, asking fans to “Put that Emoji on Everything” for a chance to win products and services on game day.