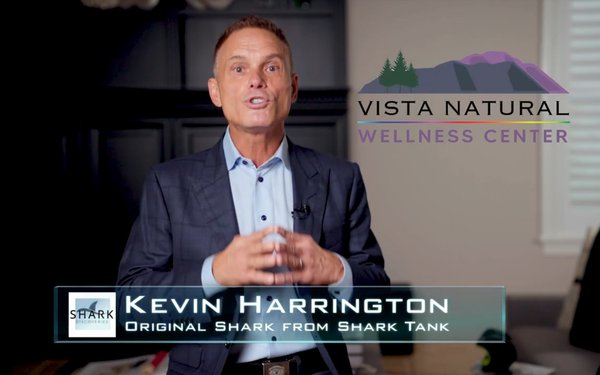 Kevin Harrington, who invented the modern infomercial in 1984 (brands sold in the early years included Ginsu Knives, FoodSaver and Tony Little Fitness) has seen the evolution of this ad format.

The former shark on the first two seasons of ABC’s “Shark Tank” now finds new products through the Shark Discoveries division of his Fortune Media Group, and sets them up on BRTV (Brand Response Television) campaigns.

Unlike the formerly used acronym of DRTV (direct response television), BRTV focuses “on brands and their quality in a premium, broadcast-quality production style vs. the traditional DRTV ‘infomercial’ style,” the company told Marketing Daily.

In one new campaign, Harrington himself leads off a 60-second spot for Vista Natural Wellness, a 10-year-old retail store in Oakland, New Jersey that also sells a wide range of its own supplements online. The ad talks about the benefits of Vista supplements and offers a 20% discount on online orders through an included promo code.

During an initial three-week flight, that ad and a second 30-second spot each received 50 airings in the Orlando market between 6 a.m. and midnight on Bravo, CNBC, HGTV, Discovery, Hallmark and TLC.

In addition, they each received 50 geo-fenced airing for two weeks in Vista’s home market via Comcast Cable, using a combination of OWN, Golf Channel, Discovery, Hallmark and TLC.  Also in that market, the :30 version benefited from 2,000 on-demand hyper-targeted plays.

And the :60 continues to receive national exposure through Harrington’s @AsSeenOnTVPro Twitter feed.