Why Are We So Set On Becoming Cartoons? 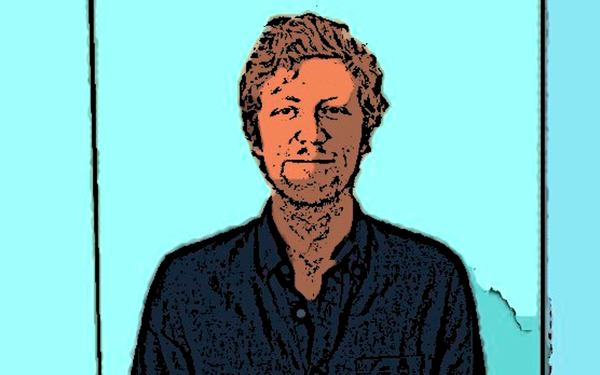 Yesterday, Meta announced its rollout of 3D avatars to Facebook, Messenger -- and, most notably, Instagram -- in the US, Mexico, and Canada. Users on these platforms will now be able to appear as their personal avatar -- a 3D cartoon version of themselves -- in profile pictures, stories, comments, stickers and more.

The update has also made a plethora of new personalization options available to users’ avatars. For authenticity’s sake, certain facial shapes and additional skin shades have been added, along with new eyes, noses, beards, hairstyles, outfits, body types and more.

In a brand-new deal with the NFL, Meta has also made it possible between now and Feb. 28 for users to dress their avatars in either Super Bowl LVI team’s jersey (or a neutral jersey).

For inclusion’s sake, assistance devices have become available as well. Over-the-ear hearing aids, as well as wheelchairs, are being offered in a variety of colors across platforms including virtual reality (VR). Throughout 2022, Meta plans on further expanding the avatar editor.

The synergy of a user’s avatar across various Meta-owned platforms makes sense, as it supports CEO Mark Zuckerberg’s image of a “metaverse” future, while also giving his company a leg up on competing tech giants. In other words, it’s all for profit's sake.

Yet I can’t help but ask: Why cartoon avatars? What’s the allure?

I find these wide-eyed pantomimes of our real-life selves haunting and eerie. Their bobbing heads and endless smiles make me think they know something I don’t.

If this is the aesthetic that promises the future of the internet, I don’t think I want to be involved.

Last November, shortly after announcing its name change from Facebook to Meta, Zuckerberg presented a feature-length video on his vision for the metaverse. The whole thing felt oddly, blandly childish -- fish swimming in the sky, a skeleton suit for Halloween, a floating fireplace. The only things that felt “adult,” and therefore, unimaginative, were the video conference calls for work, where one’s boss becomes -- you guessed it -- a cartoon.

I've never spoken with anyone who has professed their love and appreciation of regular Zoom meetings. If this tells us anything about the future, isn’t it that we humans, with heavy VR headsets strapped to our faces, will hate virtual meetings even more?

On his Facebook page, Zuckerberg posted a short animated video featuring his personal updated avatar, showcasing the incredible “authenticity” of his three-dimensional legless body. “One day you’ll have multiple avatars ranging from expressive to photorealistic,” he wrote.

So, are these cartoon avatars just stand-ins for what’s to come -- avatars that escape the boring cartoon façade, and who look even more like the real us? If so, what’s the point?

Virtual communication and events made sense over periods of quarantine resulting from the ongoing COVID-19 pandemic, sure. But without being trapped at home by the threat of a deadly disease, will there be such a need?

It’s almost as if the metaverse -- those snow-capped mountains and rolling green vistas commingling behind Zuckerberg’s legless avatar -- is dependent on the depletion of our “real” world.

“It might be a smart gamble—a new variant, the climate crisis, or a nuclear apocalypse might force us all indoors again—but it is, to put it dramatically, a bet against humankind,” writes Gian M. Volpicelli in Wired. “It is not necessarily bad for technology companies to take a leaf from sci-fi, but if you really have to, at least try picking the utopian stuff, like Amazon’s Echo, blatantly modeled after ‘Star Trek’’s chirpy talking computer, over the unsettling dog-eat-dog hellscape of 'Snow Crash.'”

And, of course, Meta’s 3D avatars aren’t even original. They are mere replicas of Bitmoji, the animated avatars that users create on Snapchat. Bitmoji became available in 3D last summer.