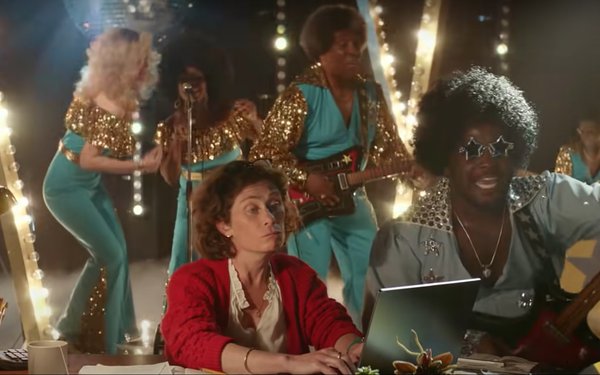 In a week with tech companies posting dismal financial results, Amazon’s fourth-quarter results gave observers plenty to cheer about. The company beat forecasts, and announced it is raising the annual fee for Prime membership to $139 from $119, the first increase since 2018. And while sales gained a relatively modest amount -- up 9% to $137.4 billion -- analysts believe fundamentals are in place for it to continue to outperform others.

The Amazon Web Services (AWS) division continues to be a powerhouse, adding 40% of the growth in the quarter. And for the first time, it broke out advertising revenue as a distinct segment, at $9.2 billion, a 32% increase year-over-year. And while it’s not saying how profitable the division as a whole is, it generated a total of $31.2 billion in 2021.

Sponsored products and brands make up the majority of advertisement revenue.

Net income nearly doubled, rising from $7.2 billion to $14.32 billion, buoyed by Amazon’s stake in Rivian Automotive, which amounted to $11.8 billion. Rivian-related gains aside, rising costs and labor pressures cut into the bottom line, with operating income falling to $3.5 billion in the quarter, down from $6.9 billion in the year-ago period.

Dan Romanoff, senior equity analyst at Morningstar, thinks the Prime membership fee increase is the big news in those results, underscoring “Amazon's pricing power and highlighting Prime as a revenue driver,” he writes in his note.

Despite slowing sales gains and ongoing labor and shipping cost increases, “we do not see issues with the long-term story as Amazon remains well positioned to prosper from the secular shift toward e-commerce and the public cloud over the next decade,” adds Romanoff.

He says the company’s advertising business, already large, “continues to scale, thus offering an attractive option for marketers looking to access a vast audience with a variety of proprietary datapoints about those very consumers. AWS, advertising, and subscriptions are growing faster than ecommerce with the exception of the 2020 spike in online shopping. We expect these three areas to be the main growth drivers over the next five years.”

Michael Pachter, who covers Amazon for Wedbush Securities, agrees.  “AWS is now a roughly $71 billion annualized run rate business, up from roughly $51 billion one year ago,” he writes in his note. “Third-party seller services generated 25% of total sales growth,” accounting for 56% of unit sales during the holiday quarter, the highest fourth quarter mix ever. He notes that advertising services “drove 20% of total sales growth and made up 7% of sales in the quarter,” up from 6% in the comparable period a year ago.