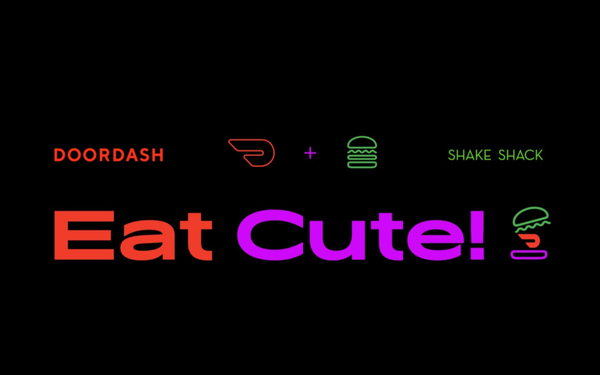 If "must love chicken sandwiches" is part of the way you view the dating pool, Shake Shack and DoorDash have a plan to make sure you won't be lonely this Valentine's Day.

As part of the promotional push for Shake Shack’s new Buffalo Chicken Sandwich, the two brands have teamed up for a website called LetsEatCute, a limited-time dating service. It is designed as a quirky way to let singles find each other, using just a selfie and a rating for their tolerance for spice.

Once they match with a kindred QSR spirit, they'll get a promotional code for a free Buffalo Chicken Sandwich on a separate pop-up screen, which they can share with their match. And even if they don't find someone to meet, they can enter a contest for a $5,000 DoorDash gift card. Entries require sharing a screenshot of the Eat Cute profile on Twitter, using #EatCuteWithDoorDash and #Sweepstakes hashtags.

"Shake Shack wants all our single fans to find love in a hopeless place­ -- online," says Jay Livingston, Shake Shack's chief marketing officer, in its announcement. "We are hoping to use our Buffalo Chicken Sandwich to light the initial spark and help singles everywhere spice up their dating experience."

The love promotion is just another layer of the brand's massive push on the buffalo sandwich, launched -- along with Buffalo Spiced Cheese Fries -- just in time for the coming Super Bowl.

The launch comes just as the chain is sharing good news about its recovery. Many of its stores are in urban locations rather than the suburban drive-through domination of its competitors. So its resilience amid COVID-19 surges has looked different than its competitors.

Last month, it posted a promising business update on its fourth-quarter results, following a presentation at the Annual ICR Investor Conference. That included the news that it expects same-store sales growth of 20.8% compared to the comparable quarter of last year, and a 2.2% gain compared to the fourth quarter of 2019.

CEO Randy Garutti told investors the company was pleased with how it was outpacing past seasonal trends, with gains in urban and suburban stores. But he said labor issues and the Omicron surge forced some store closures, impacting the final week of its fiscal year.

He also announced that it had opened its first-ever drive-though locations, one in Minnesota and one in Missouri. "Early results for these two Shacks are encouraging, and we look forward to continuing to expand our drive-through footprint in the years to come," he says.

The company opened 58 new restaurants last year, bringing it to a total of 218 company-operated Shacks in the U.S. and 151 global licensed Shacks.

Full fourth-quarter results are scheduled for release on Feb. 17.