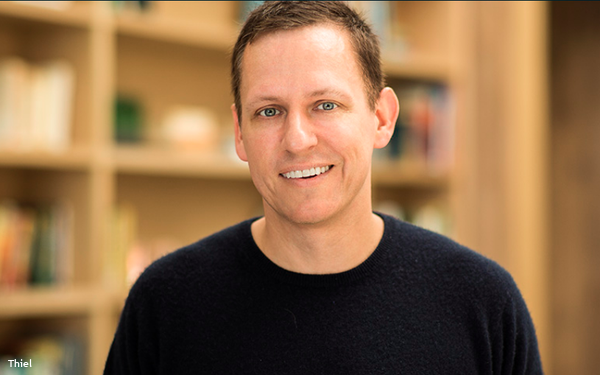 On Monday, Facebook parent company Meta announced that longtime board member Peter Thiel will not run for re-election. Thiel will continue to serve as a director until the date of the annual stockholders' meeting.

Meta CEO Mark Zuckerberg expressed gratitude for the long-term impact Thiel has had on the company -- “for believing in us when few others would.”

Zuckerberg went on to say that he has always known Thiel would at some point “devote his time to other interests,” adding that he wishes “him the best in his journey ahead.”

The “journey ahead” that Zuckerberg speaks of will likely involve the agenda of former President Donald J. Trump.

Thiel joined the company’s board of directors in 2005 but has recently developed a reputation for conservative political advocacy. Until now, after Meta’s market values plummeted, Zuckerberg has resisted popular opinion that Thiel should leave.

Over the years, the tech billionaire has become one of the largest donors to the Republican party -- one of Silicon Valley’s only outspoken supporters of a conservative agenda. Last year, he gave $10 million each to the campaigns of his former business associate Blake Masters, and Hillbilly Elegy author J.D. Vance, who are both running for seats in the Senate.

An anonymous source told The Times that Thiel’s primary focus will soon be backing more candidates in the midterms who largely support Trump’s political views. Specifically, three of the 12 House candidates Thiel is backing are challenging Republicans who voted to impeach Trump after the January 6th insurrection.

It’s not just Thiel’s political views that have gotten in the way of his allegiance to Meta. He has openly stated that he doesn’t agree with Facebook’s deletion of certain harmful content.

In addition, Thiel’s recent investments have prioritized competitors, such as the startup Clearview AI, which scraped billions of photos from Meta’s social platforms.