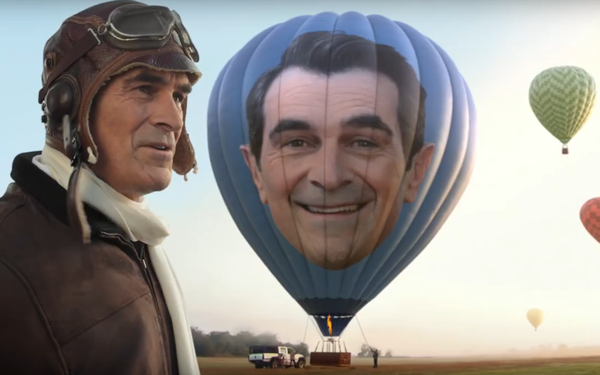 The best way to illustrate financial prudence is to note the dangers of excess.

Burrell makes crazy purchases — from a hot-air balloon to a ship named Tytanic.

The “I’ll Take It” campaign was produced in partnership with LA-based creative agency HAYMAKER.

Greenlight, a debit card and money app, is targeting parents with kids ages 8 to 18. The focus is teaching their children critical financial skills, such as how to earn, save and invest. The fintech company claims to serves more than 5 million parents and kids, who have collectively saved more than $225 million and invested more than $10 million toward their financial futures.

“Parents know it’s important for their kids to learn about money, but many don’t know where to start,” said Tim Sheehan, co-founder-CEO of Greenlight. “Our presence at the big game is an incredible milestone that allows us to advance our mission to empower millions more parents to raise financially smart kids.”

The Super Bowl debut is the backdrop to a national campaign that runs cross-platform for six months. The campaign also includes three digital videos with Burrell that highlight how to manage money utilizing Greenlight, as well as a TikTok challenge that encourages viewers to discuss their financial decisions and learn together.

Greenlight said it surpassed $100 million in annualized recurring revenue after more than doubling its customer base. It works with JPMorgan Chase, Morgan Stanley and Amazon. 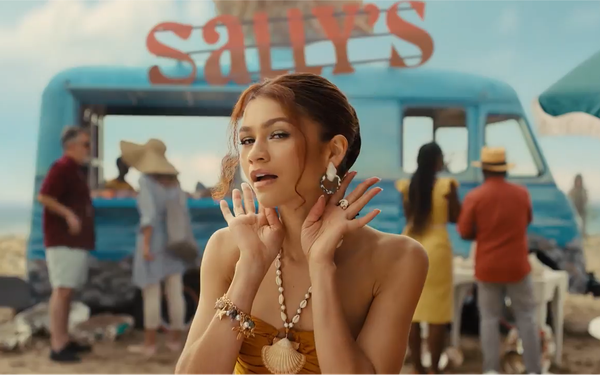 Separately, Squarespace, the website builder and ecommerce platform, is back in the game, with its eighth Super Bowl ad. This one stars Zendaya (“Euphoria”) with a special appearance by rapper André 3000.

In the spot, the actress plays Sally, an entrepreneur who transforms her seashell-selling business into all-things sea shells — from accessories to tours to snacks. It’s an updated version of the tongue twister “Sally Sells Seashells.”

This is the first Super Bowl campaign developed by Squarespace’s in-house creative team in Los Angeles, expected to air in the first quarter.