How Sexist Are This Year's Super Bowl Ads? Not Very 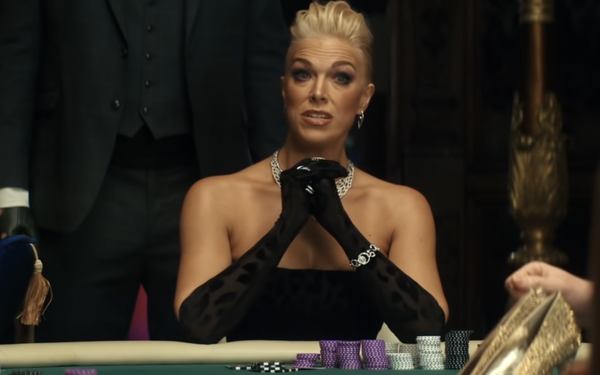 The Super Bowl has traditionally been a male-centered activity.  A Statista 2021 survey showed that while 28% of women were “very likely” to watch the game, 47% of men were.

In a 2022 Statista study, 44% of men said they considered themselves “avid fans” of the NFL, while just 18% of women felt that designation fit them.

But women who assume that Super Bowl ads are misognystic need to take another look. Sure, that may have been true in the past. A 2012 Super Bowl ad from Teleflora featured model Adriana Lima getting dressed while insisting that Valentine’s Day isn’t that complicated: “Just give and you will receive,” she says. Similarly, a 2017 ad for Mr. Clean suggests that it’s unusual for a man to clean, and that he should be rewarded for doing so with sex.

The latest crop of 2022 Super Bowl ads so far reveals a different take. Here are a few of the ads:

TurboTax: Features a female tax expert and a female freelancer who needs tax advice. (Sure, the tax expert is eventually swapped for a man who then turns into Jason Sudeikis, but that’s another story.)

Squarespace: Tells the story of Sally (Zendaya), who sells seashells by the seashore, eventually turning it into a big business.

DraftKings – Features a spokeswoman known as the “Goddess of Fortune,” who is shown jumping out of a blimp, interviewing Joe Namath and riding along with an Evel Knievel lookalike, who jumps several buses in his motorcycle.

Rakuten – “Ted Lasso” actress Hannah Waddingham stars  as a fearless poker player who folds against a woman who uses Rakuten.

Vroom – The ad for this service for selling used cars online puts on “Flake the Musical,” which shows how a woman successfully used Vroom to sell her car.

On the whole, so far at least, there are no stereotypical portrayals of women, except maybe Carvana’s ad, which features a woman “oversharing” how much she loves Carvana. Looking back on previous Super Bowl ads, the crop of 2022 ads seems to show respect for women and acknowledge their potential.