Judge Sides Against Clearview In Battle Over Facial Recognition 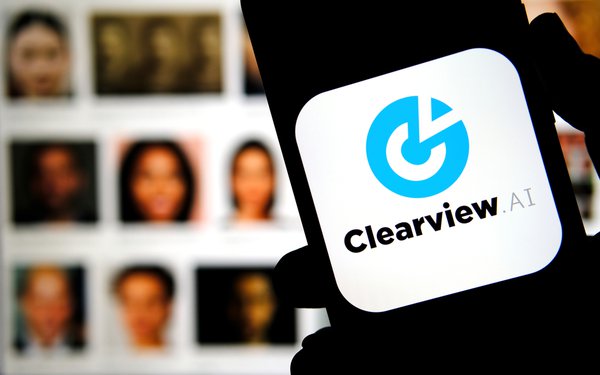 Siding against Clearview AI, a federal judge has ruled that the facial-recognition company must face claims that it violated privacy laws by collecting and selling databases of faceprints.

In a decision issued Monday, U.S. District Court Judge Sharon Johnson Coleman in the Northern District of Illinois ruled that the allegations against Clearview, if proven true, could show that the company violated a biometric privacy law in Illinois, as well as laws in California, New York and Virginia.

Clearview reportedly scraped billions of photos from Twitter, Facebook and other social media platforms, used technology to create a faceprint database, and then sold that database to police departments, other agencies and private companies like Macy's.

In 2020, soon after The New York Times reported on Clearview's business practices, the company was hit with lawsuits by U.S. consumers, as well as the Vermont Attorney General. Officials in other countries, including Australia and Canada, also moved against the company.

The consumers' lawsuits were consolidated into a class-action complaint in the Northern District of Illinois.

Among other claims, that complaint alleges that Clearview violated the Illinois Biometric Information Privacy Act, which requires companies to obtain users' consent to the collection of biometric identifiers such as scans of facial geometry.

Clearview urged the judge to dismiss that claim at an early stage of the proceedings for numerous reasons. One of the company's main arguments was that the First Amendment protects right to collect and use public photographs that appear online.

That argument drew the support of some First Amendment experts, including Eugene Volokh, UCLA law professor and founder of the blog Volokh Conspiracy.

“In the United States, privacy laws cannot ban the collection, analysis, or subsequent disclosure of information that is already in public view without conflicting with the First Amendment,” Volokh wrote in a friend-of-the-court brief filed with Coleman last year.

Others, including the digital rights group Electronic Frontier Foundation, weighed in against Clearview on that point, arguing that faceprinting poses a threat to privacy as well as to free speech.

“Faceprinting threatens the First Amendment activities that depend on privacy,” the digital liberties group wrote in a friend-of-the-court brief, adding that police can use the technology “to identify who attended a protest planning meeting, who visited an investigative reporter, who went to a controversial movie, and who distributed an unsigned pamphlet.”

Coleman rejected Clearview's First Amendment argument, writing that even if the photos were publicly posted, the “biometric identifiers” gleaned from them are not public information.

Clearview also argued that the Illinois' biometric privacy act is unconstitutional to the extent that it regulates activity occurring outside of the state. In general, only Congress can regulate interstate commerce.

The company said any alleged violations of the Illinois law would have occurred in New York, where the company is located.

Coleman rejected that argument for now, but suggested she would revisit the question after more evidence had been developed.

The judge also allowed consumers to proceed with claims that Clearview violated various state laws in California, New York and Virginia -- including laws that give residents the right to control the commercial use of their images.

Clearview attorney Floyd Abrams said through a spokesperson that the ruling is only preliminary.

“The ruling by its nature is preliminary in nature and we look forward to the discovery process after which we fully intend to seek the dismissal of the case,” Abrams stated.

Clearview isn't the only company facing a lawsuit over the alleged use of facial recognition technology.

Google, Amazon and Microsoft are among other companies defending themselves against claims that they violated the Illinois biometric privacy law.