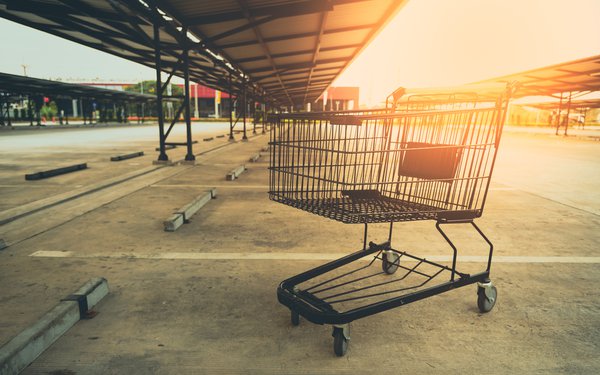 North America has the world’s highest cart abandonment rate — 82.29% — compared with 80.01% for Europe and 80.48% for the Asia-Pacific region, according to the 2022 Ecommerce State & Trends Report, a study by SaleCycle.

Worldwide, the cart abandonment rate fell slightly to 80.68 last year, down from 81.08% in the prior year.

North America’s rate may have been affected by fact that the region relies more heavily on desktop sales — 45.47% of all ecommerce purchases, compared to 43.18% in Europe.

Desktop sales are “usually linked to higher AOV products,” the study notes. “This could potentially be a deciding factor here.”

By category, the rate increase was highest in travel, followed by fashion and retail. All rose in 2021, but the rate fell to a high of almost 90% in travel, while it fell in the public utilities sector.

Monday overtook Tuesday as the most popular day of the week for online sales in 2021, breaking a five-year pattern.

Online sales tend to pick up from the 25th through the end of the month, possibly because most people get paid in the last week of the month, the study states.

Cart abandonment rates were stable through most of the year in 2021, but declined in November and December during the holiday period. August had the second lowest rate.

In addition, cart abandonments are highest during the first and last weeks of the month.

The biggest days for cart abandonments Monday, and the lowest Saturday.