'Law & Order' Revival On NBC Is Sure Bet For Success 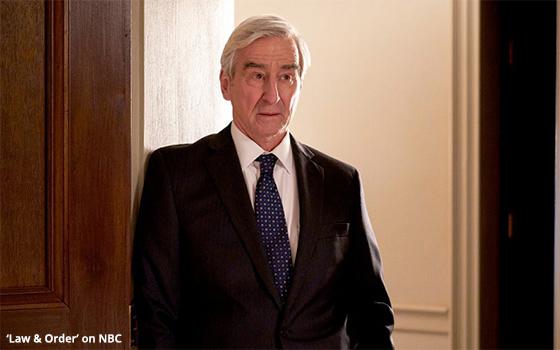 It makes a lot of sense to continue making “Law & Order” in some way or another.

Who knows when this juggernaut of a TV franchise will cease making money? And does anyone outside of the group of people who make the show and those who do the bookkeeping actually know how much it has made since the whole thing started 32 years ago in 1990?

A Google search coughs up no estimate, but if the new/old “Law & Order” coming this Thursday on NBC serves as evidence, the franchise has plenty of life and earning potential left in it yet.

This is “Law & Order” without a subtitle. As such, it is a continuation of the original, which I seem to remember was known as “the mothership” to those who were involved in its production and subsequent airing on NBC.

The original ended its run in 2010 after 20 seasons. The version coming this week is being billed as Season 21. It returns in a format that is so familiar that it is hard to believe it went away 12 years ago.

But that’s the point. “Law & Order” never really goes away. The show has been on for so long in broadcast and cable syndication that it now seems as if this show (or its progeny such as “Law & Order: Special Victims Unit”) is probably on TV somewhere on the planet Earth at every time of day.

Despite the many years that have elapsed since the last season of “Law & Order,” the new one manages to bring back at least two of the show’s characters from long ago -- Det. Kevin Bernard (Anthony Anderson) and District Attorney Jack McCoy, played once again by Sam Waterston, now 81 (pictured above).

Newcomers include Jeffrey Donovan from “Burn Notice” as Bernard’s detective partner, Camryn Manheim as the detective unit’s boss and Hugh Dancy as an assistant district attorney.

As in past years, the new “Law & Order” is adapted very loosely from real-life events. In this case, it’s a storyline about a celebrity who was one of the most trusted and beloved entertainers in the country but was eventually revealed to be a sexual predator.

Yes, this scenario is like Cosby, but that is where the similarities end. In the show, the detectives are seen making the rounds of real New York locations as they investigate a new crime involving this celebrity.

Then, the DAs are seen planning their strategy for the upcoming trial. And then, there is the trial.

As in seasons past, scenes are preceded by on-screen words identifying the location of the upcoming action -- a New York street, a courtroom, someone’s home etc. -- accompanied by the famous interstitial music consisting of two notes.

It is all as comfortable as an old shoe, and eminently watchable. As a matter of fact, whether seen in the middle of the night or on a rainy weekend afternoon, all of the “Law & Orders” are watchable whenever they are encountered.

The boss of the “Law & Order” franchise is Dick Wolf, now 75, who bestrides the network television business like a colossus (to paraphrase Shakespeare).

Besides the “Law & Order” shows, he is the boss of the “Chicago” cop, fire and hospital dramas (also on NBC), and the three “FBI” dramas now on CBS.

As for this revived “Law & Order,” it doesn’t take a genius to predict that this one will be a huge success too.