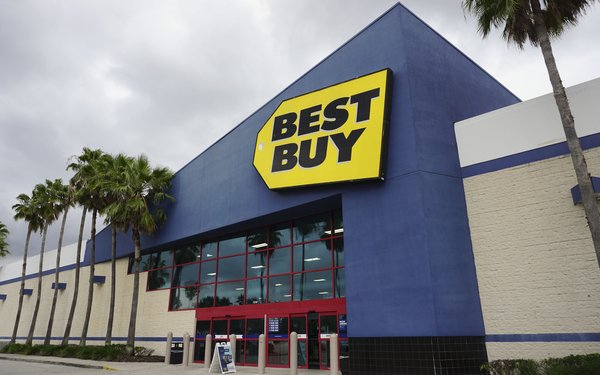 Albertsons, Best Buy, Kroger, Target, Walgreens, Walmart, and other retailers have built in-house advertising teams and technology that not only allows them to offer the brands that sell through their storefronts increased visibility via digital advertising and first-party data, but supplements revenue streams when and if product sales slump.

“Eyeballs on the site have become worth more” then selling the product, says Jason Murray, founder and CEO of Shipium, a supply-chain platform for ecommerce. "It's more profitable to run an advertising business, sometimes, than sell the products online."

Advertisers have budgets earmarked to spend on marketing and awareness, typically about 20%, and it’s all comes down to efficiency in terms of where they spend it, Murray said.

Amazon has an interesting advertising platform because the intent to buy something is very clear, Murray says, adding that when people search on Amazon, they are ready to buy.

Murray spent 19 years at Amazon, where he was responsible for various roles, including the most recent position of vice president of retail system and services, heading pricing and vendor portals and management. He also supported the development of Amazon Prime.

“How do you make these sites profitable — tie in advertising,” he said. “Retailers are trying to keep the price down on products with very low margins. Maybe the products sold on the site and not that profitable, but the views and the visits make up for the lost profit. That’s where advertising comes in.”

Brands like Procter & Gamble have a specific budget amount earmarked toward awareness and brand marketing, and then allocate more toward their core business. Retailers are trying to draw from that branding piece to increase their profits, Murray says.

This has been partly motivated by Walmart and other retailers that have looked at their online grocery business and know customers won’t buy products there unless they are priced the same as in-store. Plus, it cost more to deliver it to them, so profit declines.

Amazon, Spotify, and Instacart also continue to build out their ad businesses, to take a piece of the budget.

Philip Melson, client partner at Fractal Analytics -- which works with some leading retailers and CPG brands like Mondelez -- pointed to Walmart as an example of how media companies will increase profits when product margins decline.

“The high margins Walmart attained on the approximately $2 billion in ad revenue serves as a valuable buffer to absorb cost overruns like they saw in supply chain in Q4 and/or fuel for investments in their stores and online capabilities, Melson wrote in an email to Search & Performance Marketing Daily.  “That's a financial lever very few retailers have and will be critical given mounting cost pressures in wages, cost of goods and supply chain all retailers are facing.”

Walmart’s U.S. weekly audience to their site is estimated at more than 150 million, Melson says. Then add the fact Walmart can provide direct access to these customers at the moment of purchase to hundreds or thousands of manufacturers, and measure the manufacturers' return on ad spending through their own closed loop systems.

This enables them to command good rates, given the inherent actionability and measurability. The company also inked a deal with The Trade Desk in August 2021 to launch a demand-side platform, Walmart DSP, built in partnership with The Trade Desk, an ad-tech company.

“Walmart's fast-growing third-party marketplace is a big accelerant to their advertising business,” Melson says. “As their marketplace garners more sellers and more items for sale, it will, in turn, draw more customers to whom they can sell advertising to a broad range of companies interested in connecting with them.”

The launch of advertising innovations from retailers seems to be picking up. Last week, Walgreens Advertising Group announced it will launch a self-serve programmatic offering and cleanroom that allows brand advertisers to run campaigns. The self-serve programmatic offering will allow advertisers to target consumers by applying audiences based on Walgreens first-party data to campaigns run on each advertiser’s preferred demand-side platform (DSP).

There are more than 95 million myWalgreens members. Walgreens roughly has access to 1 billion touchpoints daily with customers, and the service can target purchasers of more than 70 categories and advanced customer targets.

The cleanrooms are powered by Epsilon, giving advertisers a way to measure customer overlap while securing their first-party data.d