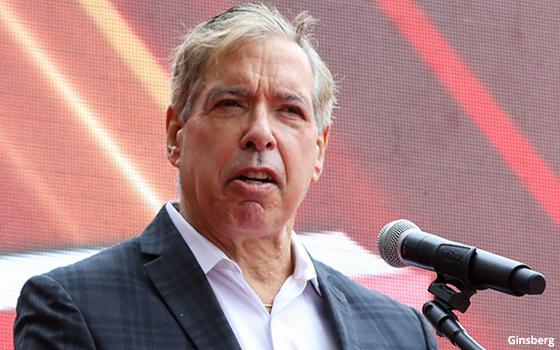 Former U.S. ambassador to Morocco Marc Ginsberg can't proceed with a lawsuit that aimed to force Google to remove the app Telegram from the Play Store, a federal judge has ruled.

In a decision issued Friday, U.S. District Court Judge Beth Labson Freeman in San Jose, California ruled that Section 230 of the Communications Decency Act protected Google from lawsuits over apps created by third parties. She dismissed Ginsberg's lawsuit with prejudice, meaning that he can't amend his claims and bring them again.

The dispute dated to January of 2021, when Ginsberg and an organization he founded, Coalition for a Safer Web, claimed that Telegram violated Google's policies against “hate speech.”

Ginsberg alleged that the messaging app is used by extremists, and is the “preferred Neo-Nazi/white nationalist communications channel.”

Telegram says it doesn't process any requests to take down private chats or group chats, but will remove illegal content on its publicly available channels, and will block terrorist channels.

Ginsberg claimed that Google negligently caused him emotional distress by allowing the app on the Play Store, and that Google violated a California law regarding unfair business practices by failing to enforce its developer guidelines.

Those guidelines include prohibitions on apps that promote violence or incite hatred based on ethnic origin, religion and other characteristics.

He sought monetary damages and an injunction requiring Telegram's removal from the Play Store.

Freeman threw out all of the claims, ruling that Section 230 protects Google from liability for content created by third parties.

“Plaintiffs do not allege that Google helped to develop Telegram or created any of the online content giving rise to this lawsuit,” she said in a 14-page ruling.

She added that even without Section 230, Ginsberg would not have been able to proceed with his claims for several reasons, including that he had not shown how Google's alleged failure to remove Telegram caused him emotional distress.

Freeman also said Ginsberg would not have been able to proceed with claims regarding claimed violations of California's unfair competition law, because his allegations -- even if proven true -- wouldn't show that he suffered any economic injury.

Ginsberg filed a similar lawsuit against Apple over Telegram at around the same time he sued Google. That matter is still pending.