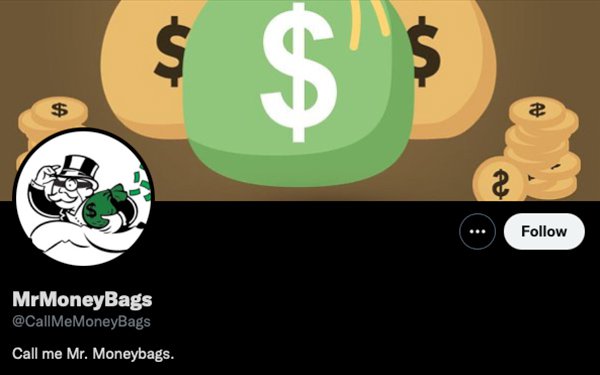 Civil liberties groups are urging a federal judge to vacate an order requiring Twitter to unmask the account holder behind @CallMeMoneyBags, who posted critical tweets about private-equity firms and their leaders.

The groups are supporting Twitter's request that Chhabria quash a subpoena issued late last year by U.S. Magistrate Judge Donna Ryu, who ordered the company to disclose information that could identify @CallMeMoneyBags.

Twitter argued that Bayside had no valid infringement claim, and therefore no legitimate reason to unmask @CallMeMoneyBags, because the photos were protected by fair use principles.

Twitter elaborated that @CallMeMoneyBags used the pictures, including at least two that depicted a woman in a bikini, to accompany written commentary like “Life is good when you are Brian Sheth,” referring to the billionaire former president of Vista Equity Partners.

Ryu sided against Twitter, writing that she couldn't conclude that @CallMeMoneyBag was protected by fair use, because the account holder didn't submit evidence about the issue.

“Without evidence regarding the purpose and meaning of the tweets, the court cannot say that @CallMeMoneyBags’s use of the photos was 'transformative' or reasonable in relation to @CallMeMoneyBag’s purpose in posting the tweets,” she wrote.

Twitter then asked Chhabria to vacate Ryu's decision, arguing the tweets themselves prove the photos are protected by fair-use principles.

The digital rights organizations say the tweets -- which the groups describe as “undoubtedly crass” -- appear to be "noncommercial, transformative, critical commentary," and therefore protected by fair use.

“Many fair uses are obvious on their face, and courts can rule on the matter without hearing from the speaker,” the groups add.

They add that Ryu's ruling effectively prevents online platforms like Twitter from defending their users' anonymity in court.

“It is well settled that online services that distribute others’ speech are entitled to assert those speakers’ First Amendment rights, and there is no reason to depart from that precedent here,” the organizations write.

What's more, the groups write, Ryu's ruling “sends a dangerous message to online speakers: either show up and fully litigate their anonymity -- risking their right to remain anonymous in the process -- or face summary loss of their anonymity when they do not appear.”

Chhabria has scheduled a hearing on the matter for May 12.