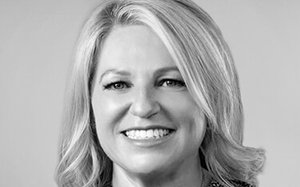 Atlanta-based ad agency 22Squared has promoted its President and Chief Operating Officer Erica Hoholick to CEO. It’s the first time that the agency has appointed a female CEO in its 100-year history.

Hoholick succeeds Richard Ward, who will now focus solely on managing 22Squared’s parent company, Guided by Good. Other firms in the portfolio include content and production agency Trade School and consultant Dendro.

Hoholick’s appointment comes on the second anniversary of her hire.

Hoholick will focus on broadening the agency’s client roster and furthering its DEI initiatives. During her two years at the agency she’s credited with diversifying its leadership team which now comprises 62% women, a third of whom are women of color.

Hoholick also intends to enhance the agency’s national profile. “Geography isn’t a limitation,” she said. “We now have 40 employees outside of Georgia and Florida. Half our executive team sits in NYC. We are growing our client base beyond the southeast.”

For decades the agency was known as Tucker Wayne & Company after an early owner. It rebranded to 22Squared 15 years ago.