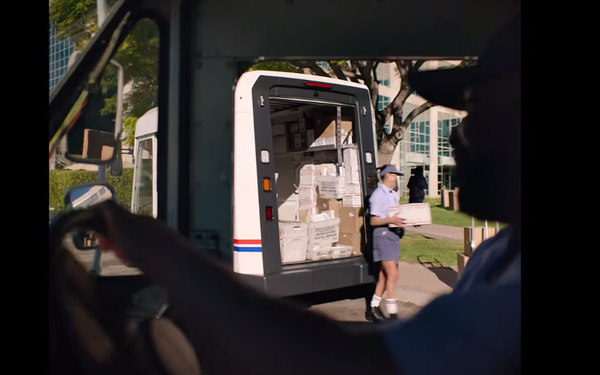 The United State Postal Service has launched an ad campaign called “Delivering for America” that outlines its effort to achieve financial stability and service excellence.

The work is from MRM, with input from parent McCann Worldgroup. The agency tapped RSA Films for production services.

The campaign highlights how the postal arm is optimizing service with advance technology and other efforts like delivering mail seven days a week, to 160 million addresses across the U.S.

An anthem film provides a glimpse of the journey a mail carrier takes on his rounds.  Showing the iconic square window of the new USPS Long Life Vehicle, accompanied by Johnny Cash’s “I’ve been everywhere,” the film underscores the vast reach of the USPS and what its leaders believe is the deep relationship it has with America. Also noted is how USPS helps businesses keep up with their demands through services like USPS Connect.

The campaign began Feb. 22 and runs through September.