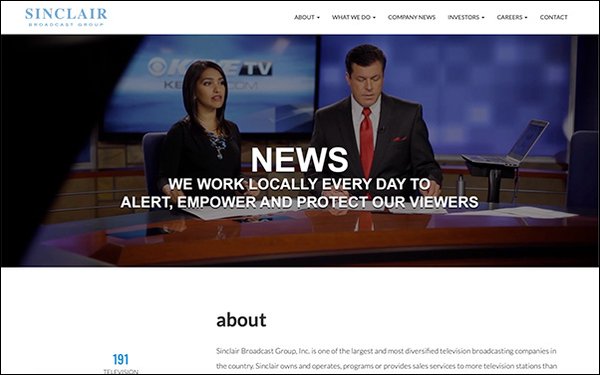 Sinclair Broadcast Group's fourth-quarter revenue was down by 2% to $1.48 billion, following a cyber attack in October 2021 and reflecting less political advertising in the period.

The TV station group lost $63 million in advertising revenue, with political advertising $185 million lower versus the fourth-quarter period of the previous year.

Sinclair posted a net loss to the company of $89 million versus net income of $467 million in the year-ago period.

For its regional sports network (RSN) unit, Diamond Sports Group, there was a significant decrease in sports teams' rebates ($288 million) versus rebates tied to the fourth-quarter period a year before, which was impacted by COVID-19-related disruption. At the same time, there were some subscriber losses due to dropped carriage from network distributors.

As a result, adjusted cash flow -- earnings before interest taxes, depreciation, and amortization -- dropped to $34 million from $209 million in the year-ago period.

Although Sinclair’s Diamond Sports Group witnessed overall revenue up 30% to $691 million in the period, the company expects revenue to sink 4% to 5% in the first quarter of 2022 to around $732 million to $737 million.

Sinclair's total company-wide distribution revenue -- for its TV stations and sports business -- was up 13% to $1.05 billion.

For 2022, the company expects a “record-breaking” year for political advertising as a result of the midterm elections.