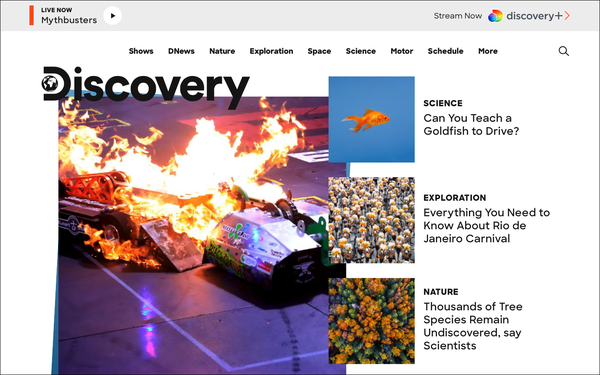 In the midst of a deal that will soon be closed to acquire WarnerMedia, Discovery Inc. produced steady fourth-quarter advertising and distribution results for the U.S. -- up 5% and 17%, respectively.

Advertising revenue was at $1.1 billion -- boosted in part by new streaming platforms, including discovery+. Distribution was at $832 million, also helped by discovery+

Discovery streaming subscribers -- including for discovery+ -- ended the year up by 2 million to total 22 million.

Discovery also noted a continued decline in linear TV subscribers that dinged both advertising and distribution results. The company said fully distributed linear networks at the end of 2021 were 4% lower.

Looking at all its linear TV networks, Discovery was down 8%. Taking out the sale of Great American Country, it lost 5%.

Total revenue for the period -- including international business -- grew 10% to $3.2 billion, with net income for the company down 86% to $38 million.

Zaslav said the combined companies’ content spending would not need to rise dramatically -- and that the focus would be on “smart” spending. Big streaming platforms have been talking about ever-higher content spending -- now around $10 billion or more for many of the major players.

Analysts have given credit to Discovery over the years for its careful content spending when it comes to its linear TV networks.