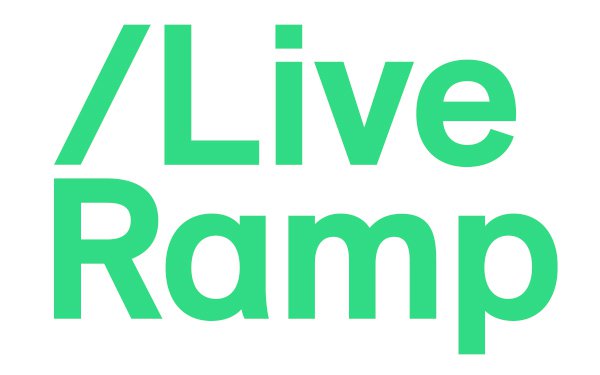 LiveRamp on Thursday revealed what the company calls a “more modern approach” to its brand identity to reflect the role of trusted partner.

The company added a slash to its logo, creating a ramp representing the elevation of the enterprise and accelerated growth.

The LiveRamp logo embodies simplicity and the conveys the idea of solving complex problems easily. Two simple characters — the slash and the “L” — create a ramp that elevates the enterprise, accelerates growth, and creates a dynamic foundation for empowering customers.

The company’s focus — that it is powered by identity, centered on privacy, and integrated everywhere — aims to show how data does more to support advertisers and brands. With the new brand identity, LiveRamp is now visually communicating what it does for clients, according to the company.

The people-based identifier is rooted in offline data. “We’ve been talking with Adobe for a few years now, and we’re ready to take the partnership to the next level,” said Travis Clinger, senior vice president of addressability and ecosystem at LiveRamp.

Demand-side platforms that bid on RampID today include The Trade Desk, Zander, MediaMath and Amobee — about 60 DSPs in all.

“We initially brought up the partnership with Adobe in 2018,” Clinger said. “Adobe leaned into the partnership to do what’s best for the clients. We scaled the ATS offering. Something important to Adobe is that clients have plenty of addressable inventory to buy when turned on.”

In the past quarter, Clinger said LiveRamp had more than 10 times the number of campaigns and advertiser spend compared with a year ago.

The integration is live in the United States, the United Kingdom, France, Germany, Italy, Spain, Belgium, the Netherlands, Australia and Singapore.

Some of the benefits include access to cookieless environments such as Safari, Edge, and Firefox. The partnership also aims to provide an increase in effectiveness by buying on a privacy-first, people-based identifier and reaching authenticated users within premium publisher environments, as well as improvements in the accuracy of measurement and performance.

Google DV 360 is the only DSP not bidding on RampID, but LiveRamp has a workaround to support private marketplaces through DV 360 for Google’s owned-and-operated inventory around Google Search and YouTube.

Google will not transact on people-based ID directly, so LiveRamp’s clients using DV 360 send their audience to a SSP such as Xandr, Magnite, and OpenX. That’s where they match the audience with the data.