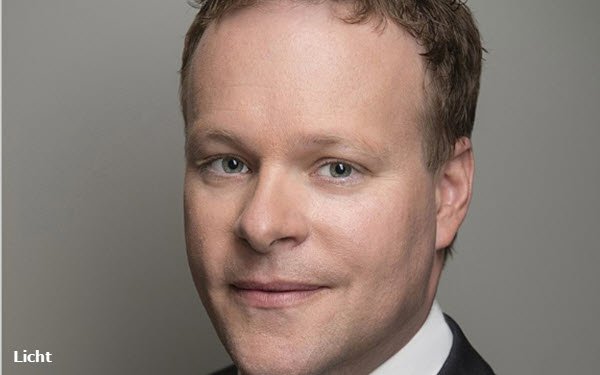 The report, which originated in the Puck newsletter, has been confirmed by sources of several other media, including The Wall Street Journal and Los Angeles Times.

The announcement is expected next week. Discovery Inc. has declined to comment.

Licht was previously executive producer of "CBS This Morning" and MSNBC's "Morning Joe."

Licht's role will not be as broad as Zucker's, which also included overseeing sports for WarnerMedia, sources told WSJ.

The changing of the guard at CNN occurs not only during a pending merger, but amid considerable turmoil surrounding the sudden exits of both longtime chief Zucker, who resigned, and the network's chief marketing and communications executive, Allison Gollust. It's still not clear if Gollust resigned or was fired, according to CNN Business.

The two have admitted to having a a romantic relationship, which they've said began during the pandemic, and have expressed regret that they didn't disclose it immediately to WarnerMedia.

But WarnerMedia chief Jason Kilar has offered only a vague statement that Zucker, Gollust and former CNN anchor Chris Cuomo violated the company's "standards and practices," without explaining how.

Chris Cuomo was forced out of CNN after it came to light that he had given advice to his brother Andrew Cuomo, before Andrew was forced to resign as governor of New York in the wake of sexual harassment accusations by multiple women who had worked with him.

Chris Cuomo is now suing CNN for wrongful dismissal, and according to Dylan Byers of Puck, Zucker and Gollust "were denied severance by [WarnerMedia parent] AT&T" and "are currently in talks with lawyers to assess their options for wrestling a payout from the telecom giant."