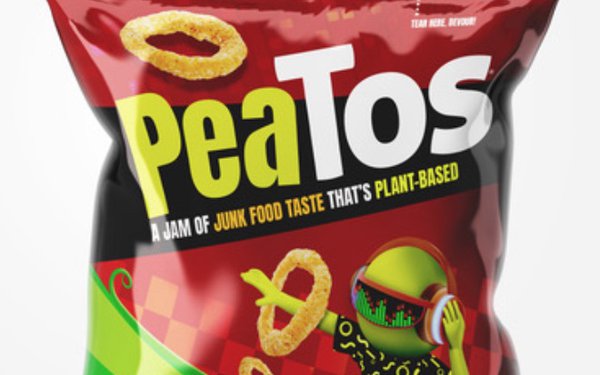 PeaTos is going all plant-based by ditching dairy-based cheese as the pea-based snacks brand introduces its first mascot: the “sassy” female DJ_P.

A labeling tweak accompanying the new character revises the term “Junk food taste made from peas” to “A jam of junk food taste that’s plant-based.”

PeaTos says a consumer study by Meltwater shows that households purchasing its snacks have almost twice the number of kids than those who purchase Cheetos, Funyuns and Pirates Booty.

“It was nice that what we expected came out to be true,” PeaTos founder and CEO Nick Desai tells Marketing Daily. “Because of our strong taste profile being very similar to the snacks kids already know, kids are resonating to [PeaTos]. “A lot of times, they have a tough time with healthy snacks.”

Instead of cheese in its Crunchy Cheese Curls, the company will use what it describes as “proprietary methodology to replicate the dairy experience using only 100% plant-based ingredients.”

Starting this month, the product will be labeled “Crunchy No Cheese Curls.”

The changes provide the company with another opportunity to poke rival Frito-Lay, whose products PeaTos has criticized as junk food since launching in 2019.

“Despite the growth in the better-for-you snack category, the market still remains dominated by Frito-Lay,” says Desai.

Asked why the company chose a female child mascot, he adds, “This is the age of female empowerment—so we thought it would be really cool to have a mascot with feminine appeal.

“We’ve been very vocal about how we’re kind of the antithesis of Cheetos, and they have Chester, who has kind of a male persona. So we thought it would be nice to have a female persona to play against that.”