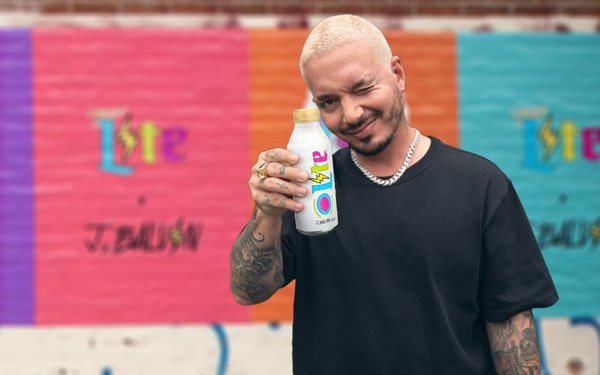 Molson Coors and Anheuser-Busch are each targeting U.S. Latinos in beer promotions partially involving cash giveaways, but the similarities end there.

Molson’s campaign, for its second-biggest brand, Miller Lite, is awarding $500, while A-B’s campaign for its relatively small Mexican import, Estrella Jalisco, is dangling $100,000.

Continuing its partnership with singer J Balvin that began last August, Miller Lite is putting pint cans and packs sporting Balvin's signature lightning bolt logo and neon hues into stores nationwide through April. The packaging includes a QR code that consumers can scan to enter a sweepstakes with the prize of a virtual meet-and-greet with Balvin and $500 (said to be good for a year’s worth of Miller Lite).

In addition to its in-store elements, the campaign includes the use of owned social channels from both J Balvin and Miller Lite (via Volt), earned media and paid influencers (via ICF Next). Creative has been handled by Alma.

“The Latino market has long been undertapped in mainstream beer marketing…and with that figure poised to double by 2060, brands are recognizing the immense opportunity to reach this growing group of drinkers,” Parker wrote.

Miller Lite’s goal with J Blavin “is to celebrate authenticity and inspire others to celebrate themselves." said Sofia Colucci, vice president, Miller Family of Brands, at Molson Coors.

Touting a similar theme, Kelsey Willis, brand director of Estrella Jalisco at Anheuser-Busch, said “We want to support the bold, the authentic, and the daring within our community.”

The 112-year-old brand, which A-B introduced to the U.S. in 2016, has launched a “Vive Tu Estrella" (“Live Your Star”) campaign featuring video spots and a contest awarding $100,000 “to empower one person to pursue their true life's passion.” The target audience is 25- to 35-year-old first-generation Mexican-Americans and other Hispanics.

Consumers can apply for the $100,000 grant by posting on Facebook, Twitter or Instagram a single sentence that reveals “what dream you would pursue in a heartbeat.” The winner will also receive enrollment in The Hispanic Alliance for Career Enhancement’s Fall ‘22 leadership program and full access to that nonprofit’s alumni network. The contest is being administered by Dentsu’s Merkle agency.

Estrella Jalisco pointed to a Harris Poll showing that over 50% of Hispanic workers are planning to change their career or resign their job over the next year.

The grant competition is being promoted through social media and PR efforts.

The brand’s video campaign -- running on YouTube, Instagram, Facebook, and connected TV  through year’s end -- includes :6, :15 and :30 spots showing “the courage of first generation Mexican-Americans who dare to 'live their star' by being true to who they are.” Examples include a “performer who boldly asserts his own style and an aspiring chef who proudly shows off his skills to his family.”