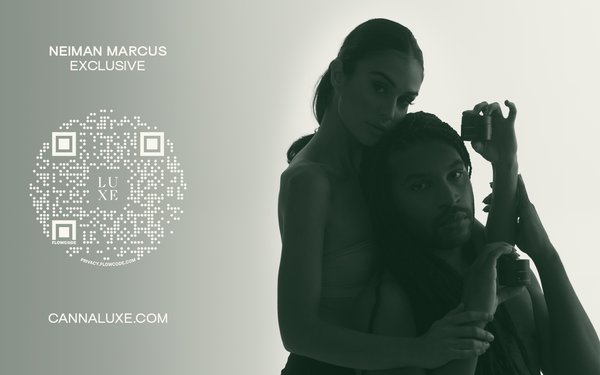 To say that the advertising landscape for CBD products is a maze of complication is like saying the sun rises in the East.

To support the skincare launch in 21 Neiman Marcus stores and on the retailer’s website, Prospect used tech provider MadHive in a partnership that included Flowcode and Fyllo for a campaign that ran from Oct. 24 of 2021 to Feb. 10.

Some 150,000 viewers who scanned Flowcode’s next-generation QR code in TV commercials were directed to the Neiman Marcus website and retargeted with ads.

In this interview, edited for brevity and clarity, Brad Tipper, Prospect Farms and Cannaluxe founder and CEO, explains the tactics behind the product launch.

CPG FYI: Why did you decide to launch in Neiman Marcus?

Tipper: Our demographic over-indexes toward women 35 and over who resonate with the value proposition of commitment to organic and regenerative farming,  and true transparency into the product. Neiman Marcus was our aspirational launch partner because if you build a premium brand, you want to be aligned with a premium retailer where those customers have existing shopping behaviors.

Tipper: Given the limitations with paid social ads, we wanted to leverage the ability of sight, sound and motion to share the brand in a big-screen environment that would drive people either to a website or a Neiman Marcus location to see it firsthand.

CPG FYI: What types of programming did you choose for the campaign?

Tipper: Any time our creative showed up on a screen, it was associated with a premium publisher. Our ads were served on networks including FOX, CBS, NBC, Bravo, HGTV, Food Network, E!, AMC and FX.

CPG FYI: Tell us about the targeting aspects of the campaign.

Tipper: MadHive optimized ad exposures for targeting households near the Neiman Marcus stores. We isolated DMAs specifically within a 10- to 20-mile radius of the closest location. We also had first-party customer data that suggested [households] that had purchased at a Neiman Marcus or Neiman Marcus-like store in the last 180 days, and cross referenced that with household incomes.

CPG FYI: How did you judge the results?

Tipper: Results is an interesting concept here, because we’re starting at zero. We were very encouraged that from our 10 million video impressions, 150,000 people took an action. I was very pleasantly surprised with the engagement that consumers have with the concept of shoppable TV: over the course of 30 seconds, picking up your phone and interacting with the Flowcode. Ultimately, impressions is a great metric, but engagement is the most important one.