Two Forms Of Targeting Diverged: Wavemaker Says You Should Take The One Less Traveled 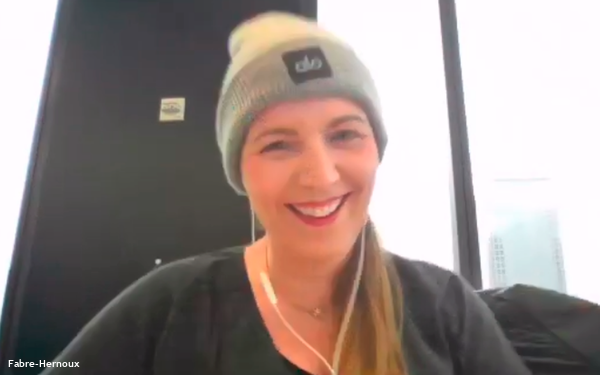 A couple of weeks ago I wrote a column here explaining how advertisers are living in an increasingly seller-defined world, and that as part of it, their agencies are diverging in two different directions: a good one and a bad one.

I focused mainly on the bad examples of big agencies getting deeper in bed with their media, technology and data suppliers to find new and improved ways to identify people in order to reach them with their ads.

In truth, there are some good things to be gained by traveling down that bad road: especially improved returns on advertising investments and theoretically improved consumer experiences by reducing the frequency with which people see those ads.

Personally, I believe both – especially the last point about improved consumer experiences – are incredibly exaggerated, because they don’t account for (or control for) the fact that there are literally millions of advertisers targeting people, so even if they managed to figure out how to get their own act together, and even if they figured out how to leverage their suppliers’ data and “clean rooms” to do it, they’d still be traveling down their own little echo chambers of consumer targeting.

And to the extent that that path leads to improved targeting, it will be effectively achieve it by winning an arms race against consumers — and lawmakers, regulators, consumer advocates, etc. — who have already said enough is enough.

Today I want to focus on the other road — you know, the one that has been less taken. Mainly because I had an opportunity to speak with someone who is taking it. And she makes a pretty good case.

“I want to walk away from PII completely,” Wavemaker Chief Data & Analytics Officer Delphine Fabre-Hernoux told me during an update on her progress down that road late last week.

By PII, of course, she was referring to the type of personally identifiable information that Big Data, big tech, big media and big agencies have developed into such a precision science over the past two decades that it’s become known as “Surveillance Capitalism.”

The funny thing is that despite regulations, laws, and the tech industry’s own deprecation of cookies and other consumer tracking identifiers, Madison Avenue and its media supply chain are doubling down by utilizing even Bigger Data and more sophisticated – but arguably even more nefarious — methods of capturing signals, processing data and targeting people based on who they are, even if they don’t put an explicit name on them.

The other path is the one we already recognized Fabre-Hernoux for — awarding Wavemaker as MediaPost’s Agency of the Year, and tangentially, its parent GroupM as our Holding Company of the Year for the very same reasons.

The problem Fabre-Hernoux told me about last week is a cultural one. The industry, including big advertisers and the biggest players in the media supply chain, have all drunk the koolaid and are doubling down on consumer identity-based targeting — what people used to call “behavioral targeting” — because they believe the other road is too old to travel down.

“People have a preconception that contextual is too old,” she says, referring to the method of targeting ads in the places — media and content – that will attract the consumers the advertisers want to reach, as opposed to targeting the consumers directly based on who they are, where they are, and what they are doing.

But Fabre-Hernoux has a plan for overcoming that preconception, and it starts with this column. Actually, it started with a new contextual targeting framework she has been building inside her “MIS” (marketing intelligence & science) teams, and which has now been expanded to all of the agency’s client teams. And increasingly directly with its clients too.

The framework is based on access to new technology, data and methods that have made contextual targeting even more powerful and effective than what it was like in the quaint old days before cookies, algos, and, well you know the rest.

In fact, she says ironically, that it is because of many of those same advances that were developed under the rise of behavioral targeting — the greater availability of Big Data, machine learning, AI and increasingly more sophisticated algorithmic processing – that are the reasons it’s not your father’s contextual targeting.

It’s also the reason Wavemaker is placing all its bets on it.

But Fabre-Hernoux is not a gambler. She’s a scientist, and her strategy is to develop the best science Wavemaker can create internally, as well as working with its partners to unlock even more powerful ways of targeting people based on the context of how and why they use media.

That means not just placing the right message, in the right place, and at the right time, but also in the right “mental” context. The one when a consumer’s mind is so aligned with the media they are experiencing and the content of an advertiser’s message, that it’s a win-win-win, as in the consumer-media-advertiser all win.

Fabre-Hernoux took me through three case studies – one for a pharma brand, an FMCG (fast-moving consumer goods) brand, and a CPG (consumer packaged goods) brand, that all generated the kind of results that even the most powerful forms of identity-based targeting would kvell for.

Fabre-Hernoux says the campaigns got these results, because improved contextual targeting yielded higher traffic (audiences for the ads) and that contributed to a “greater return on advertising investment.”

As she was explaining Wavemaker’s seven point framework for reeducating the agency and its clients from their preconceptions about contextual targeting, I recalled what I think was the first media research and data event I ever covered.

It was a symposium held at Columbia University in the early 1980s, and then lions of the industry – including the late great Young & Rubicam research chief Pearl Joseph – as well as a young General Foods research executive Jim Spaeth, discussed how new forms of contextual targeting could indeed improve advertising performance.

The highlight of that symposium was new research developed by a startup audience measurement company called Television Audience Assessment that showed explicitly how placing the right ads in the right content at the right time increased the audience and the attention they paid to advertising.

Forty years later, Fabre-Hernoux says the science has only gotten better and she believes it’s as good as, if not better than, the same science the advertisers and agencies are taking as they head down the other path to find even more sophisticated ways of resolving consumers’ identities in order to target them more effectively based on who they are, not where they are and what they’re doing with media.

And the main reason for that is that I believe the shift from contextual targeting has also shifted the intrinsic value of media from the content and environments good media companies create, to their ability to identify and target their audiences.

And the reason that’s bad for media companies is that it decouples the value of their media and content, and shifts it 100% to their audiences.

And they happen to be audiences that can be reached elsewhere — often more cheaply and not necessarily in the same context that the media company delivered them in.