Powerade Plugs Power Of 'The Pause' 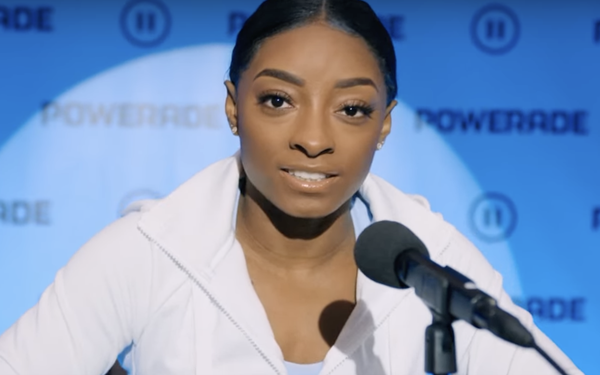 It's not often you see an ad focused on sports reminding players to pause, which is what makes Powerade's latest spotso notable.

The ad for the sports drink, via Publicis, begins with Premier League soccer coach and Tottenham Hotspur manager Antonio Conte telling his players that the team’s biggest problem right now is “we’re missing pauses.” Conte says the secret to winning is to pause.

That leads to a shot of football players ballet dancing and swimmers knitting and Simone Biles announcing that she’s “taking a step back.”

Biles, of course, pulled out of the Winter Olympics in the name of her mental health and later came to the defense of Mikaela Shiffrin, who underperformed at the Olympics.

Though the ad doesn’t promote the NCAA basketball tournament, a note signifies that Powerade is the official sports drink of March Madness.