Putin Meets His Match, Turns Out He's On Tinder 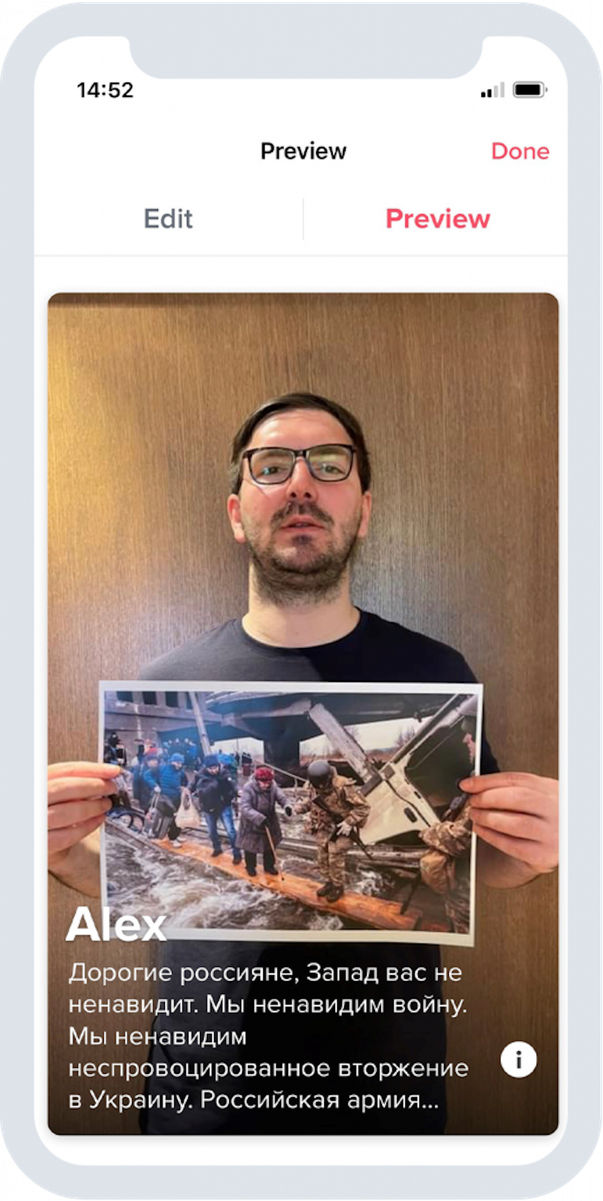 In what may be the most ingenious -- and surprising -- use of media to bypass Russia’s censorship of social media referencing its military invasion of Ukraine, the one developed by Slovakian agency JANDL will be hard to match. It uses Tinder, which so far had not been blocked.

The Bratislava-based agency this morning launched a website explicitly referencing Russian President Vladimir Putin’s “lie about the war and invasion, by naming it just a special military operation,” and then invites visitors who have a Tinder Plus account to help spread the truth to Russian people through pictures and messages by spreading love via the popular dating app.

“To bypass the censorship, people are invited to change their location to any city in Russia, use pictures from the gallery as profile pictures and paste a message to inform Russians about what is really happening in Ukraine,” the agency says in a statement explaining the media solution.

“I am on Tinder with the message and I just get reports from Russians people,” JANDL Creative Director Alex Strimbeanu confirmed in an email to MediaPost, adding, “but at the same time I got into many discussions with Russian men and women and they seem open for a different story than the one they are sold on Russian TV, which I think is amazing and kind of hopeful.” 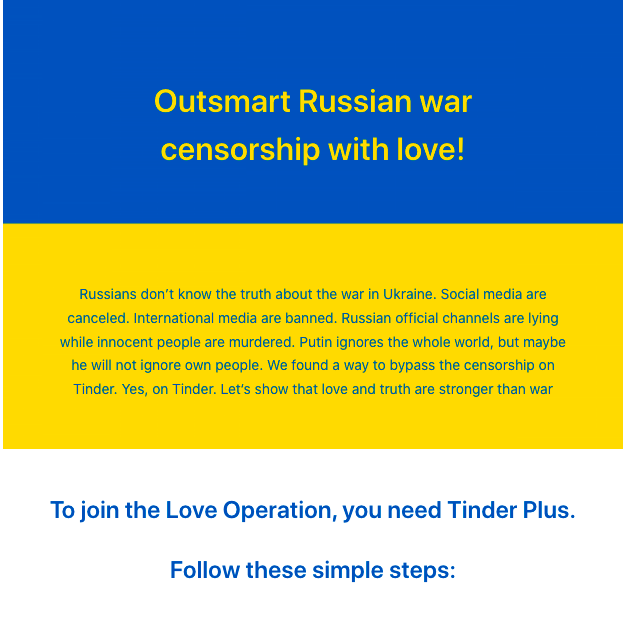 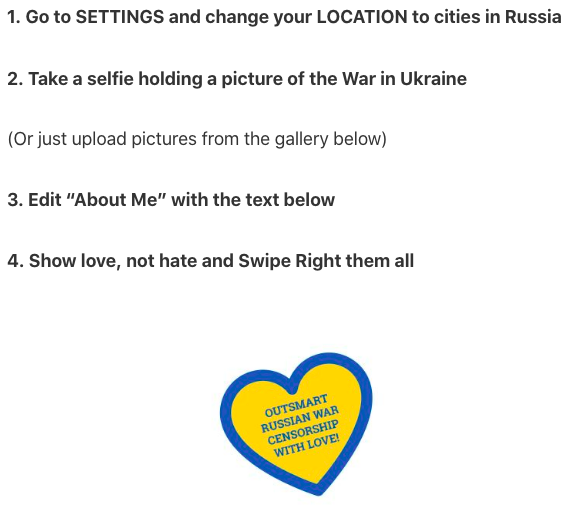