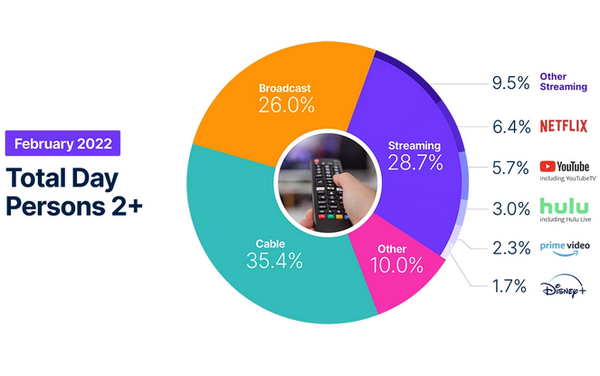 Although the Super Bowl and the Winter Olympics drove some key spikes in TV viewing in February -- for both streaming and linear TV -- all key categories in Nielsen's monthly “Gauge” took a hit.

The second week of February posted a 38.9% share for sports programming for all of broadcast TV.

Only Nielsen’s "Other" category -- which includes unmeasured video-on-demand, streaming through cable set-top-box, video games and other TV device playback -- showed a strong uptick.That category rose almost one full percentage point to 1o.0% (from 9.1%).