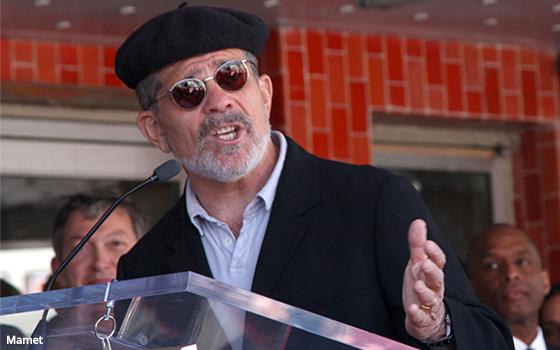 David Mamet may have been nominated for an Oscar for his screenplay for “The Verdict,” but his most recent attempt to write about legal matters isn't likely to garner comparable acclaim.

Mamet last week filed a friend-of-the-court brief urging a federal appellate court to uphold a Texas law that prohibits social media platforms from suppressing posts due to the viewpoint expressed.

The brief -- which says up front that it doesn't refer to cases or laws -- takes the form of the 488-word story, “Lessons from Aerial Navigation.”

In this story, Mamet discusses a lost pilot who apparently used the wrong map, then segues into a passage about a “confused citizen” with a faulty map.

“Looking out he might, for example, see a free, prosperous, and good country, in which there was little actual poverty, scant racism, and no 'systemic' racism, where minorities and women, rather than being discriminated against were treated preferentially,” Mamet writes -- apparently referring to an internet where the only content available to a "confused citizen" reflects views he or she doesn't share.

Mamet closes by returning to the lost aviator.

“A pilot in this situation might conclude he’d simply picked up the wrong map. But what if the government and its privileged conduits prohibited him from choosing another?” he writes.

This tale comes in support of Texas's HB 20 -- an attempt by the state of Texas to regulate speech by prohibiting large social platforms from exercising editorial judgment.

The law, signed by Governor Greg Abbott last year, prohibits social platforms with at least 50 million users from suppressing lawful speech based on viewpoint -- regardless of how objectionable the speech is.

In December, U.S. District Court Judge Robert Pitman in Austin blocked enforcement of the law at the request of industry groups NetChoice and the Computer & Communications Industry Association. Pitman said the law infringed on social media companies' First Amendment right to wield editorial control over the content they publish.

Texas is now appealing that decision to the 5th Circuit Court of Appeals. Late last week a variety of outside parties, including Mamet, urged the appellate court to reinstate Texas's law.

Mamet -- as well as some other supporters of the measure -- appear to think the Texas law preserves free speech by taking aim at “censorship.”

What's more, if people don't like the videos on YouTube, they can watch clips on Rumble; if web users don't agree with views expressed on Twitter, they can sign up for Trump's floundering Truth Social. To use Mamet's imagery, nothing currently prevents his pilots from deciding which map to use.

The 5th Circuit is expected to hear arguments during the week of May 9.