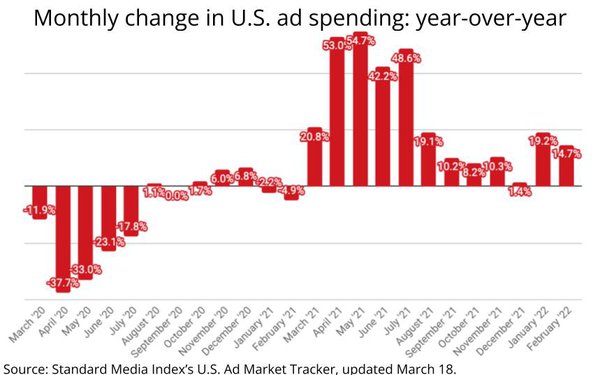 The U.S. advertising marketplace has expanded for a full year -- 12 consecutive months -- in February, according to just-refreshed data from Standard Media Index's U.S. Ad Market Tracker, a collaboration with MediaPost.

Ad spending expanded 14.7% in February, meaning that with the exception of December 2021's tepid 1.4% growth, every month has increased at healthy double-digit gains since coming out of the advertising recession in March 2021.

Smaller ad categories continued to lead the recovery, rising 33.5% in February, while the top 10 were essentially flat. 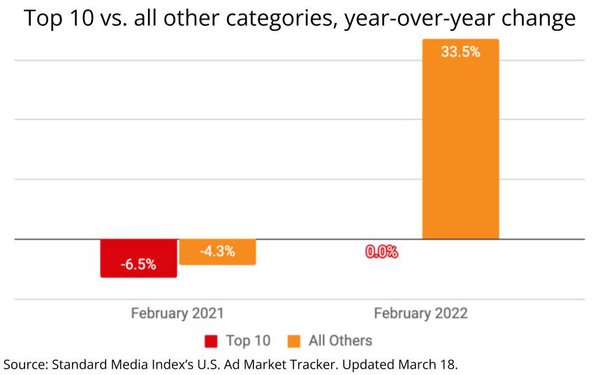