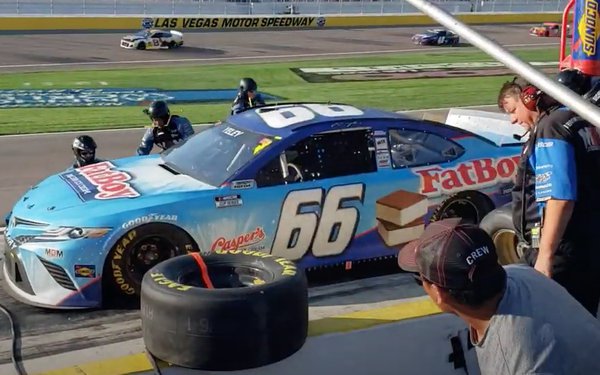 Utah-based Casper’s is best known—particularly in Western states—for the FatBoy brand, which was #1 in dollar sales in the 52 weeks ended March 2 in retail outlets tracked by IRI.

With sales of $60.2 million, FatBoy outpaced #2 M&M by about $5 million—even though M&M is distributed in more than three times the number of stores as FatBoy, whose ice cream sandwiches are synonymous with creamy indulgence.

If you look at spending on traditional media by Casper’s—leaving out social and paid search—you come up with lots of zeros, per Kantar.

Driving the success of Casper’s success has been much organic, word-of-mouth advertising and social listening, which has kept FatBoy and the company’s other two brands, Jolly Llama and ChurnBaby, in sync with consumer desires, according to Joaby Parker, CMO of Casper’s and founder/president of its agency, Cover3 Creative.

The following interview with Parker has been edited for brevity and clarity.

CPG FYI: One would assume that MidOcean acquired Casper’s because it sees more growth ahead. How will that happen?

Joaby Parker: We still haven’t really broken a lot of the barriers for our brand along the East, and especially within the Northeast. And there’s still even opportunity for us out here in the West, which is where we grew up.

Even though Jolly Llama has been around for quite a few years, it’s only in the last few years that dairy-free and gluten-free ice cream cones have really taken off. So we’ve given that brand a launch pad to move into a national growth stretch.

Parker: We’ve avoided a lot of traditional media, but we do very in-depth target marketing using digital and things like online couponing.

By that, I mean driving sales through systems like Destini, where we can insert our coupons into the apps of grocery stores. We get the address of every store we’re in and then geo-target advertising within the region right around every store location.

CPG FYI: What else has worked for you besides digital?

Parker: In Texas, it’s taking us a while to kind of break in. There’s some really good ice cream companies down there, like Blue Bell. So in 2020 we put the FatBoy name and images on some NASCAR cars for some races, and that was extremely successful. You’d wonder in the digital age if something as old-school as sponsoring a NASCAR car would do well. But it really launched our brand within that whole Southern belt, from Texas all the way over to Georgia and the Carolinas.

CPG FYI: Tell us about the genesis of the ChurnBaby brand and its Manhattan roots.

Parker: FatBoy is a traditional, premium ice cream product, but it’s not super-premium. The area we had never given attention to was the super-premium market. What ChurnBaby attracts is this emerging market of foodies who are looking for something really decadent.

We went to Manhattan and did research and saw a lot of these little boutiques creating ice cream sandwiches with lots of inclusions. They’ll roll the cookie on something on the outside—whether it’s Fruity Pebbles or sprinkles or whatever.

We decided we would like to have a brand that would talk to that consumer as well. So ChurnBaby is a boutique brand coming off all these boutique ice cream shops that are popping up around the country.