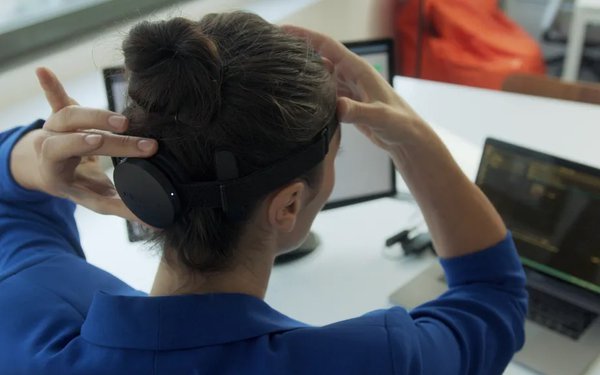 Snap, formerly Snapchat, may finally hold an interesting clue to the next generation of search.

The company began identifying itself as a camera company in 2017, initially in a Securities and Exchange Commission filing, which put a focus on visual. Now it is exploring technology through the acquisition of NextMind, which enables people to use brain waves in order to control electronic devices.

In that filing, company executives explain how reinventing the camera represents its greatest opportunity to improve the way people live and communicate.

“Our products empower people to express themselves, live in the moment, learn about the world, and have fun together,” the company says, according to the filing.

Snap, at one point in talks with Google, wanted to introduce a feature that would allow Snapchatters to perform Internet searches by pointing their phones at objects in the real world, similar to Google Lens.

For years, Snap continued to experiment with visual search. In August 2021, it put a button on the main page of the app that allows users to aim the phone’s camera at clothing to identify the style and recommend something similar.

At the time, it used augmented reality and a variety of partners like Amazon and Shazam, now owned by Apple, to identify as many different types of visual input as possible.

On Wednesday, the company announced the acquisition of NextMind, a Paris-based neurotech company with 20 employees.

The financial details of the acquisition were not disclosed, but the company has $4.6 million in funding, according to Crunchbase.

NextMind -- which developed brain-computer interface technology that enables people to control electronic devices with their mind -- joined Snap to “help drive long-term augmented reality research efforts within Snap Lab,” the company said, adding that the team will continue to operate independently in Paris.

The technology monitors neural activity to understand intent when interacting with a computing, allowing the person to “push a virtual button” by focusing on it. This technology does not “read” thoughts or send any signals toward the brain.

Snap said it will work with the NextMind technology to “overlay computing on the world and improve the way that technology can serve humanity.”